Supposedly higher sex drives are sometimes given, not so much as an excuse as a reason, for "men behaving badly" (whether that may constitute cheating behaviours or even sexual assault). However, the thinking in bygone centuries was that it was more difficult for women to "control their carnal desires". It was also thought that women were "more open to persuasion", and that these two sinful vulnerabilities were a result of intrinsic feminine frailty which made them "weaker vessels" than men.

To learned men of the day, this meant that women could be more easily seduced, both physically and mentally. And who is the greatest seducer of women - think of Eve and the serpent - the Devil. These ideas, inherited from Biblical depictions, led to the demonisation of witches, who were characterised as evil devil worshippers.

But even in pre-Christian societies witches were a prevalent archetype. Circe and Medea were characters of Greek mythology, and Medea was a priestess of the goddess Hecate, who was strongly associated with witchcraft and sorcery. Harpies and sirens were also popular adversaries in Greek and Roman myth. These two often interchangeable monsters are the first subjects of the Witches and Wicked Bodies exhibition, at the British Museum until the 11th January. The siren harpies are depicted attempting to lure Odysseus to a watery grave on a Greek vase with a wide neck. 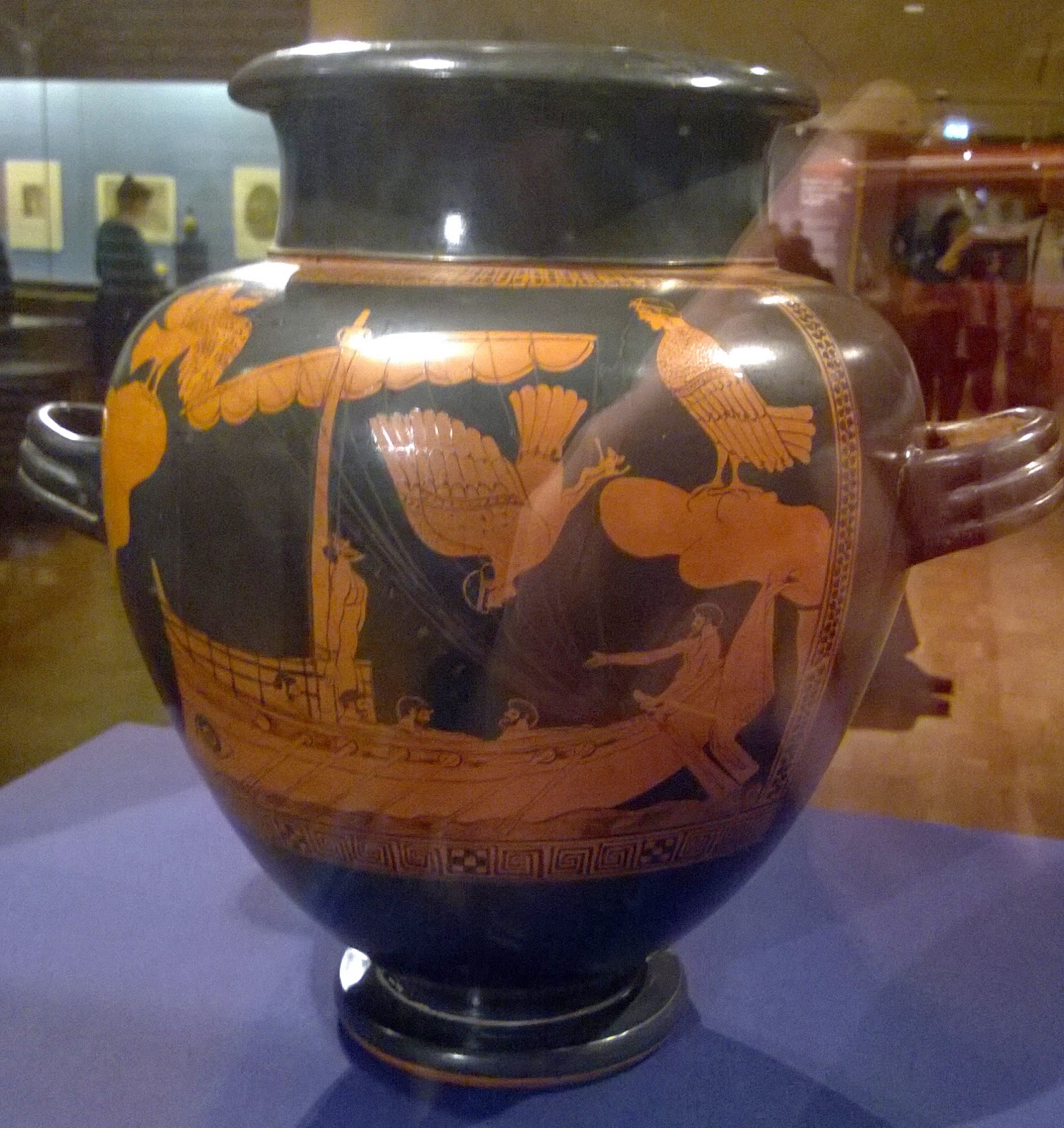 The majority of the exhibition, however, is given over to the witches of the title - and their wicked bodies. The exhibition ranges from the Renaissance to the end of the 19th century. The majority of witch hunts occurred during the Renaissance, and the exhibition is, in part, a chart of their progress. What is almost immediately apparent is the huge regurgitation of the same hysterical imagery. Compare these two prints: the contorted, grotesque bodies; the ghoulish, phantasmagorical horse-like creatures; the supernatural elements whipping up the witches' hair, flowing like banners behind them. The two prints are variations on a theme, and the exhibition is full of prints which are equally as similar. 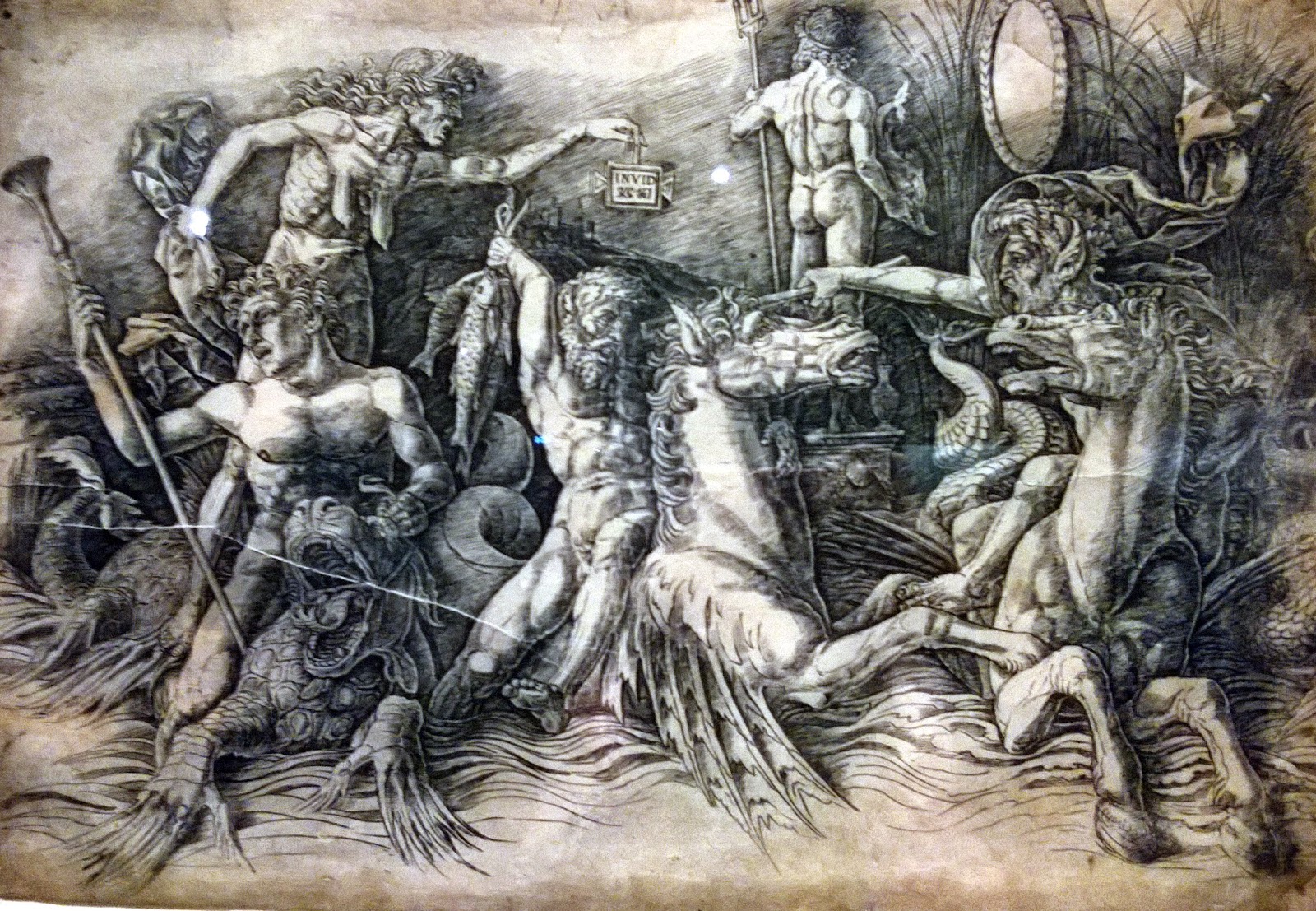 Prints like these could be mass-produced and dispersed via the tabloids of the day. Indeed, they very much put me in mind of both the tabloid press and car crash TV; they are just as titillating, vulgar, and abject, with perverse acts, copious nudity, and drooping breasts, and they contain handy scapegoats for societal ills. During the Renaissance, it was storms and natural disasters which were blamed on witches; now, for example, the jobs market and housing are blamed on immigrants, but the principal is the same. Both groups - witches and immigrants, are, to differing extents, marginalised, misunderstood members of society, and most importantly, they are Other - then, ungodly, and now, foreign.

As Deanna Petherbridge notes in her book which accompanies the exhibition, "activities such as cooking, healing and midwifery", activities which for the most part excluded men (and Othered women), may have made men suspicious of women. As Petherbridge notes, these activities "gave women an unusual degree of power over their fellow human beings". This threatened the "natural order" of patriarchal society. 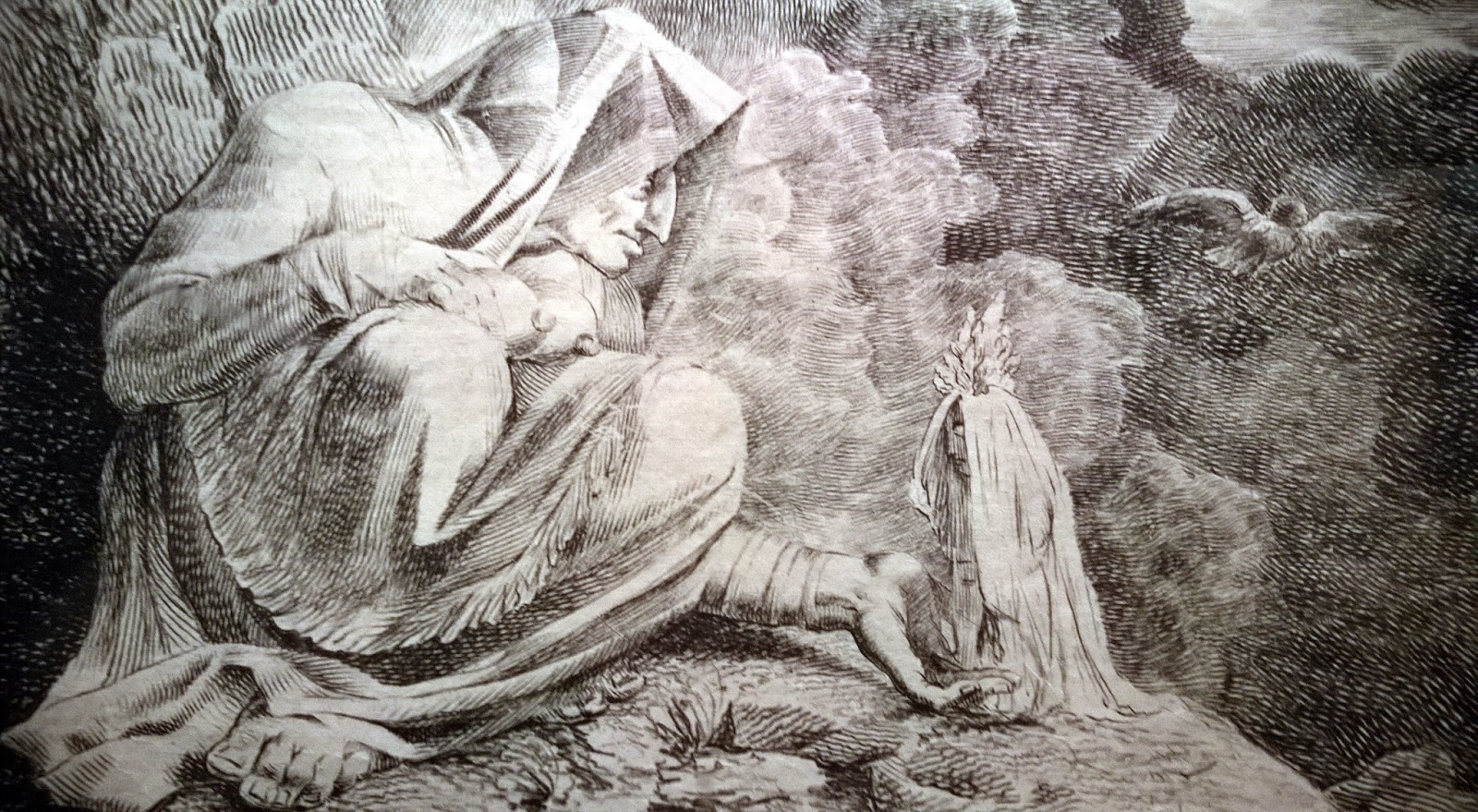 This challenge to male power is palpable in the prints of witches created by men in this exhibition. Many of the witches are highly androgynous, even masculine. In the Classical tradition, some of the women portrayed here are distinguishable from men only by the (sagging, distended) breasts which have been stuck on, not so much as an afterthought, but as a reminder of just how transgressive these women are. How dare they have breasts, this symbol of womanhood, and behave aggressively, take on men's role, even men's physical features? This is dangerous, and, combined with the occult, Satanic. It is a threat, not only to men, but to the figurehead of patriarchy, the ultimate father figure; to God Himself. All of which provides the motivation for the horrific persecution, torture, and murder of "witches" during the Renaissance, which is estimated to have resulted in the deaths of 70,000 to 100,000 people. 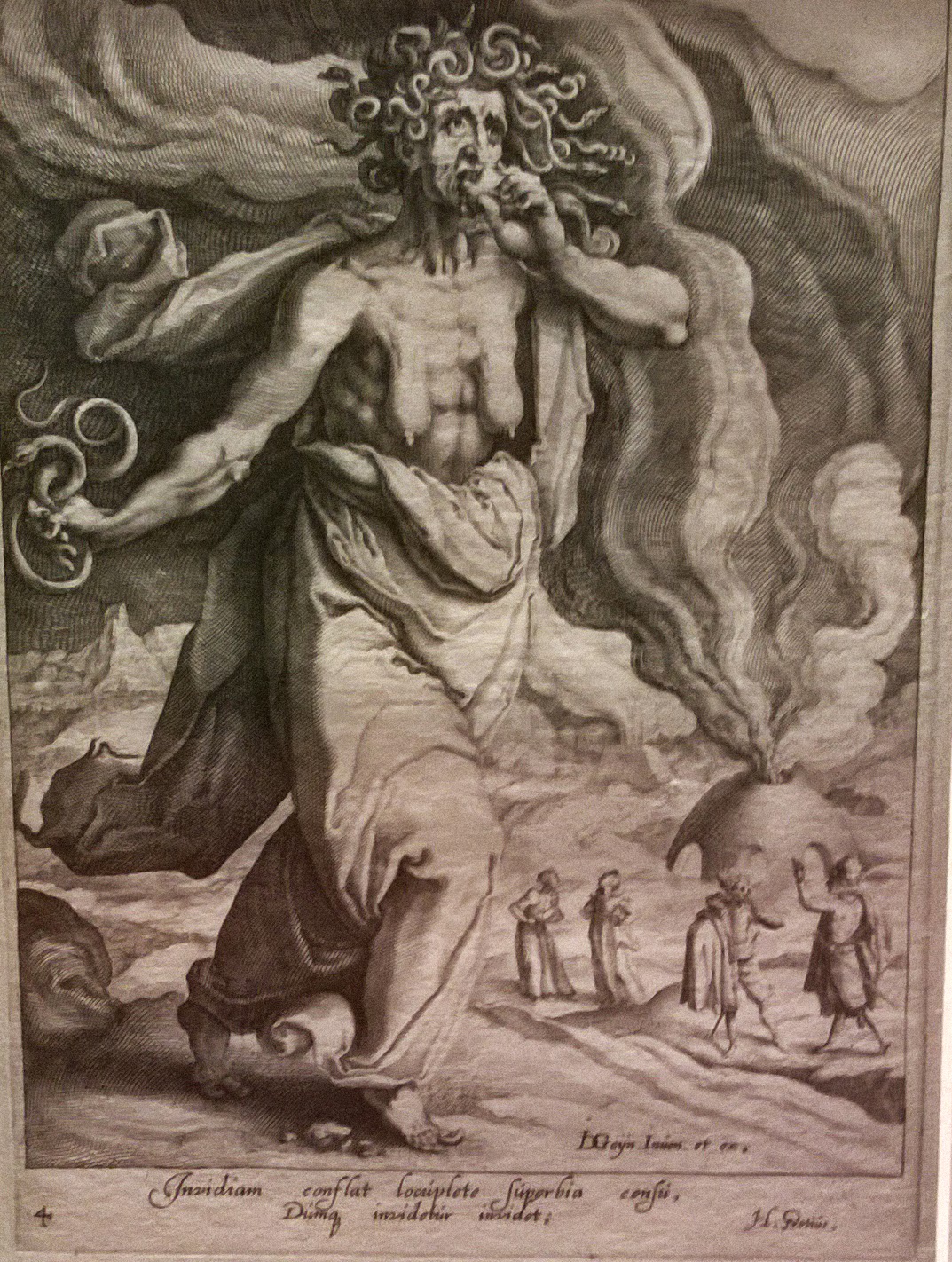 The most marginalised members of society, just as now, were the most vulnerable to attack. As Petherbridge writes, "early modern ideas about the essential vulnerability of women may have provoked concerns about the weakest members of the female sex, such as poor, old widows without social support or protection, using unnatural means to 'even up the odds'."

As we move to the end of the 18th Century, the images change, and become perhaps even more misogynistic. Certainly, they are objectifying; these witches fit the temptress template. Men have sketched and painted them nude or scantily clad, and then blamed the women as immoral seductresses, all whilst they and their audience feel a frisson of excitement at the scandal. It reminds me of John Berger in Ways of Seeing: "You painted a naked woman because you enjoyed looking at her, put a mirror in her hand and you called the painting "Vanity", thus morally condemning the woman whose nakedness you had depicted for your own pleasure". 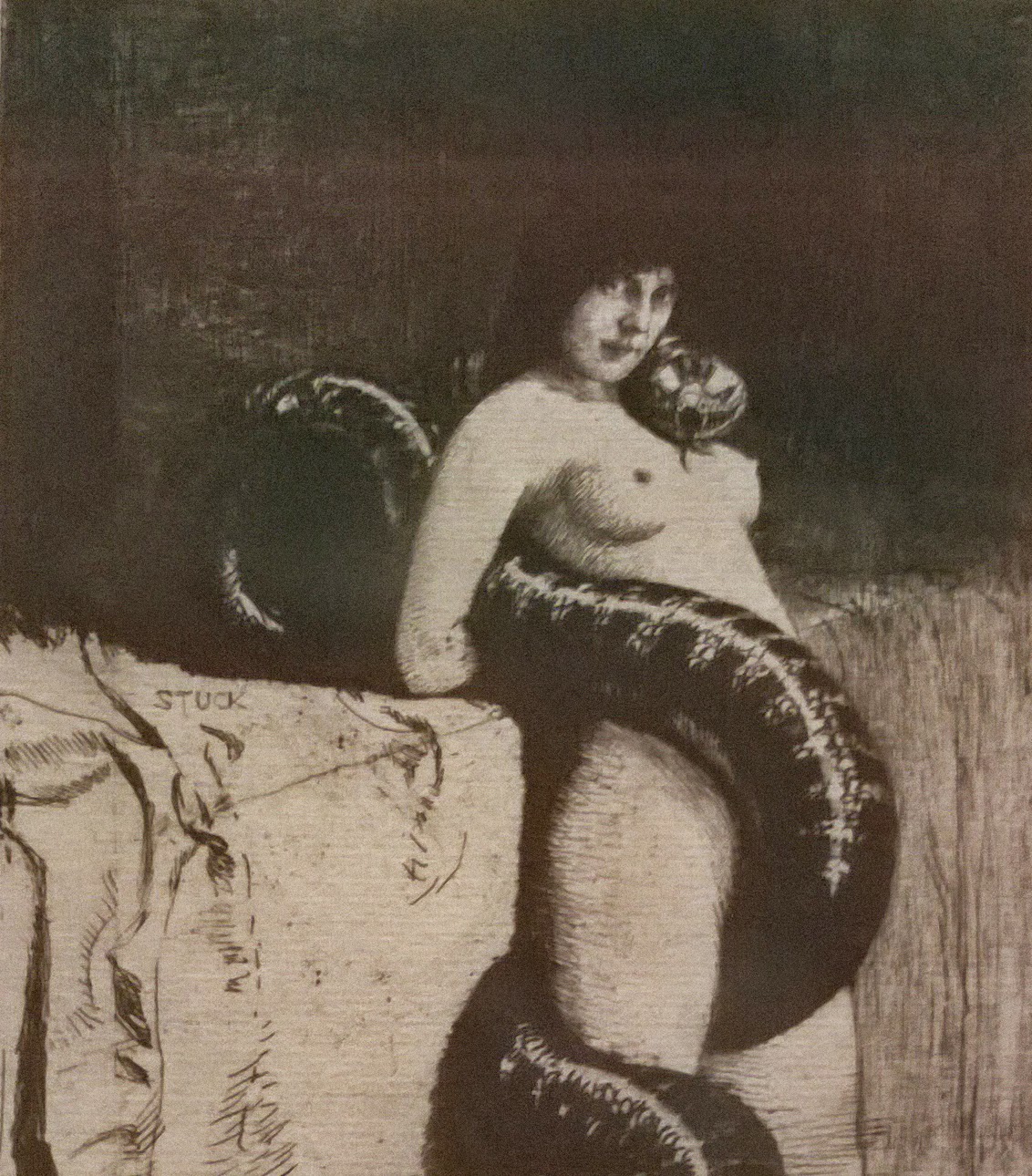 Their very bodies are sinful, and will lead to the downfall of man. And so we return to the idea of the fault lying with the very nature of the women themselves - to original sin - to Eve.
Posted by Kate Elisabeth Rolison at 12:04