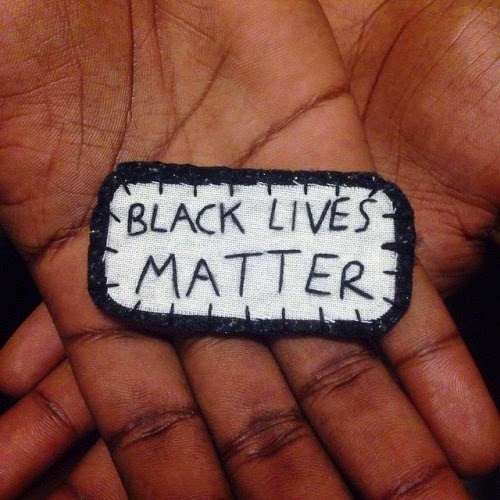 For a while now I've watched in horror whilst black people across America are slain by the police and by members of the public who feel the need to take justice murder into their own hands, feeling powerless to help. It seems terribly cynical, but I can't help but think that this happens all the time, just not as publicly. To a fair extent, we have social media to thank for keeping the killings of Mike Brown, Kajieme Powell, Vonderrit Myers Jr., Tamir Rice, and Eric Garner in the public sphere (and the list grows...) Even ten years ago, we would largely have had to rely on the mainstream media, which for various reasons, one of which is that it is overwhelmingly white, is possibly not the best source of information during a period of racial unrest.

The injustice, too, is overwhelming. Not only was Wilson, Brown's killer, not indicted for shooting an unarmed black teenager to death, he resigned, rather than was dismissed, from the police force (albeit without severance pay) after a period of paid leave, and almost $400,000 was raised by his supporters. Let me emphasize that; after shooting an unarmed black teenager to death, Wilson says that he has a clear conscience.

I am angry, I am horrified, I am frightened. Even after signing the petition to take the case of Michael Brown to the Supreme Court, I felt hopeless. I felt that I, and the other signees, were powerless to effect change, even if we were on the right side of history.

Then I saw this post by the inimitable Hanecdote. Ferguson and associated injustice has been weighing more heavily in Hannah's heart than some of us; her boyfriend is black. So she decided she was going to take action. She created 24 "Black Lives Matter" hand embroidered badges to sell, with all donations going to Hands Up United, an organisation that is seeking justice and supporting the community in Ferguson. With this beautiful act of Craftivism, Hannah has empowered us to make a difference, however small. 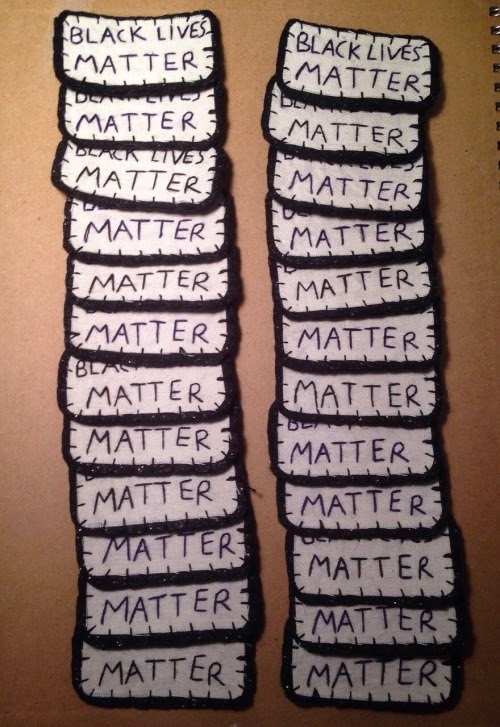 You can show your support by donating a minimum £5 for the badge with £1 for postage (so £6 in all). Email hanecdote@hotmail.com for details.

Be the change you want to see in the world.

Posted by Kate Elisabeth Rolison at 11:52