"Let the poets write about that there, Byron!"

Happy New Year! I had to count down to New Year with my loved ones via Skype rather than in person as I went down with chicken pox on Christmas Eve. My festive period has thus been spent in loose cotton pyjamas, stitching in front of box sets, more often than not The West Wing.

Which leads quite nicely on to the traditional stitchery for Pip's birthday on New Year's Day. A month or so ago we were doing what we tend to when we don't have plans, namely marathoning The West Wing, when Pip exclaimed "Stitch me that!"

He was referring to the witticism President Josiah Bartlet shoots at Toby after beating him at basketball through the slightly shady practice of having a former NBA star on his team; "Let the poets right about that there, Byron".

I made a mental note to stitch it up, accompanied by a Byronic quill. I very fortuitously found the dinkiest little ring frame to stitch it in via a Small Business Saturday lucky dip at Craft Guerilla. 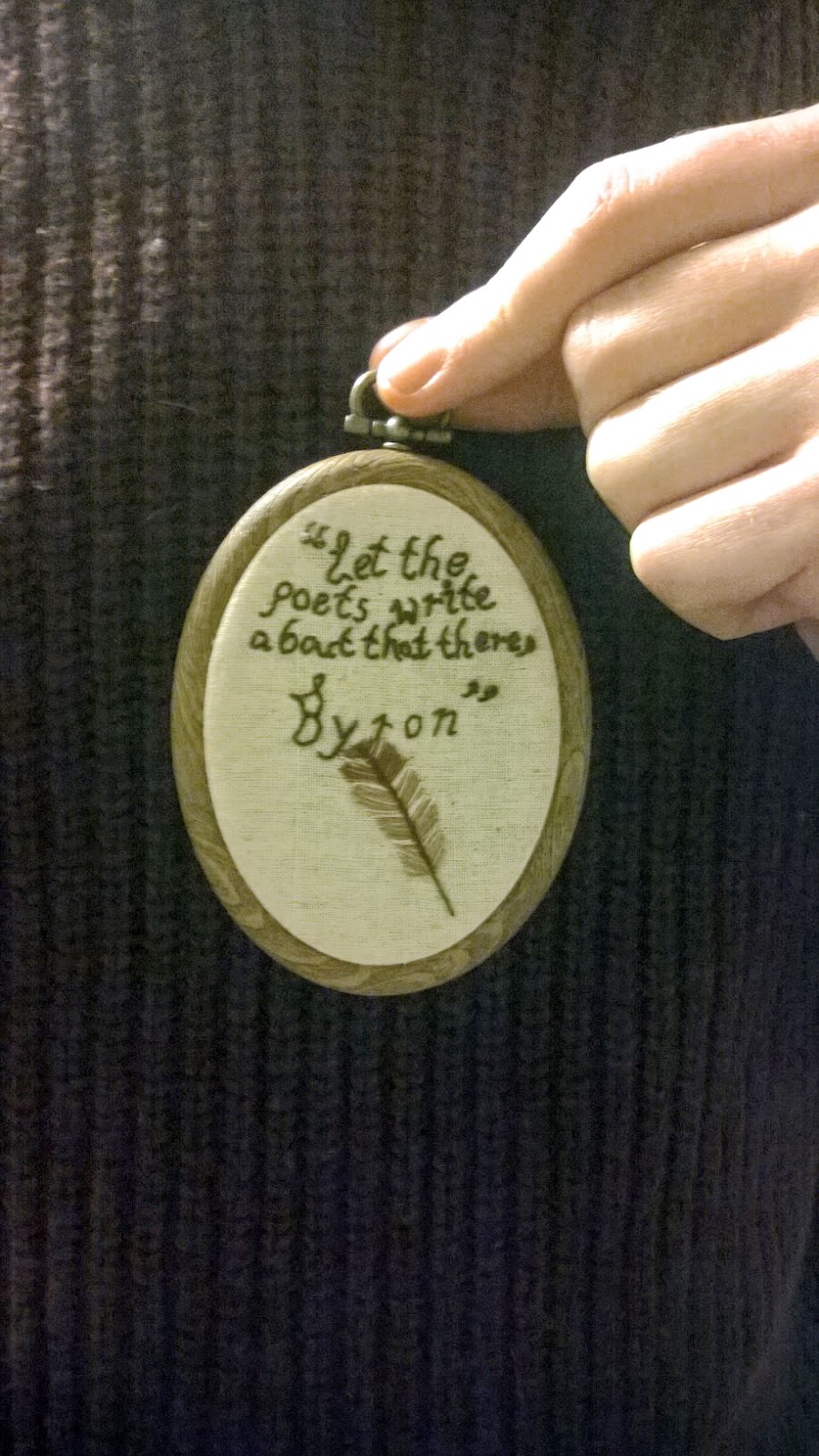 I'd stitched Pip a West Wing quote for his birthday once before, so this made a good accompaniment. I will have to have the first one framed, and then they can go up side by side on his wall. 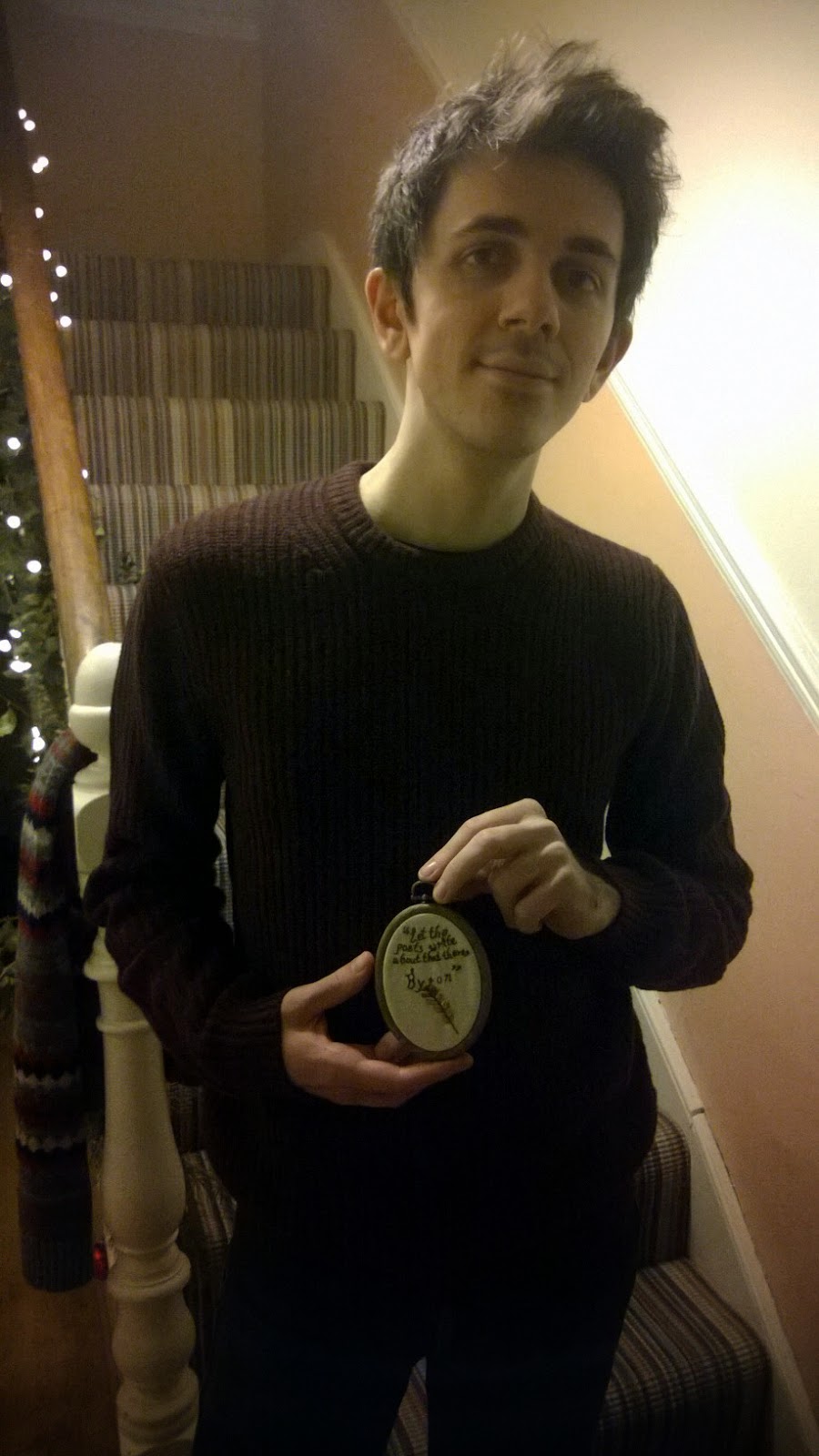 I may not have been able to spend NYE or Pip's birthday with him, but I did get to see him open his presents, and that was almost as good. 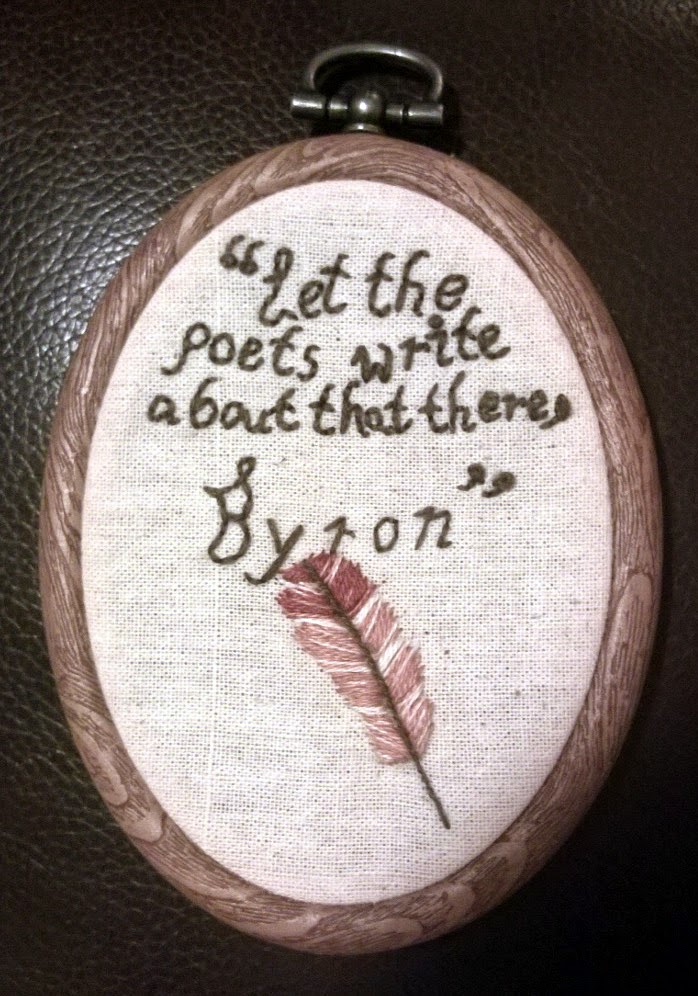 Now, back to the stitching and the box sets!

Posted by Kate Elisabeth Rolison at 11:49