Turning My Heartbeat UP Potion

So tweeted writer Stefanie Gray on Valentine's Day last year. And for the most part, I agree. Gender is performative. There are no such things as "boys'" and "girls'" toys for example, only what we have assigned as appropriate for each gender, arbitrarily and in the mists of time. Numerous studies have been carried out where participants have been told one baby is a girl and another a boy (when quite the opposite is the case), and the disparity in their treatment of the two babies is shocking. I've written about "gender appropriate colours" and how they have changed over time before.

I'm also sure that being bombarded at this time of year with constant depictions of heterosexual couples, advertisements for engagement rings (yes, really), and a "romantic" film depicting domestic abuse and selling women their relegation back to subservient, literal punching bags as an aspirational fantasy is not going to make people whose sexuality falls outside man/woman binary pairings feel particularly normal or included in the festivities.

Besides, Valentine's Day is just a Hallmark holiday, right? Well actually, its association with romantic love dates back to the Middle Ages.

I can't help feeling that wide-spread disdain for the day is largely because if you haven't got a significant other to shower you with/be showered with gifts, or a significant other at all, you're going to feel pretty rotten. I'm sure if I were single I would feel a little miserable and hope against hope for flowers from a non-existent secret admirer. So bah humbug-ing Feb the fourteenth becomes a defence mechanism against the societal pressure to couple up, and perhaps, if we're really honest, against loneliness.

And all that showering with gifts; a little materialistic, no? Is spending a whopper on lavish gifts really the best way of proving your love?

So I completely understand misgivings about the day.

2) I am a notorious romantic

A whole day dedicated to being all lovestruck with my boyfriend, in shades of pink and red, with more heart shaped foodstuff, homewares, clothing, and assorted flotsam and jetsam than you can shake a stick at?! Sign me up!

A phrase that I've been hearing a lot this week is "Valentine's Day is every day", usually accompanied by a rueful laugh to indicate that this is in fact not the case between the speaker and their partner. But it is something I try to live by.

And so, this week's Apothéké / #secretsofselfpreservation potion ingredients read "Nurture one another". On a ribbon printed with Love Hearts, several tubes of which Pip and I consumed this weekend. Accompanied in the potion bottle by red silk roses (yes, he did get me twelve, it seems we're fully paid up consumerists, time to do some hand-wringing). The label, which bears the potion's name on the reverse, is from my extensive collection of appallingly-punned 1950s Valentine's cards. Turning My Heartbeat Up is one of our favourite Northern Soul tunes to tear up the dance floor (or the kitchen tiling) to.

I feel very nurtured and loved every day in my relationship, but I think it is an ethos which could extend to all our relationships, romantic and otherwise. Even to our relationships with ourselves; how would your life change if you did the things which nurtured you? Definitely something for me to ponder. 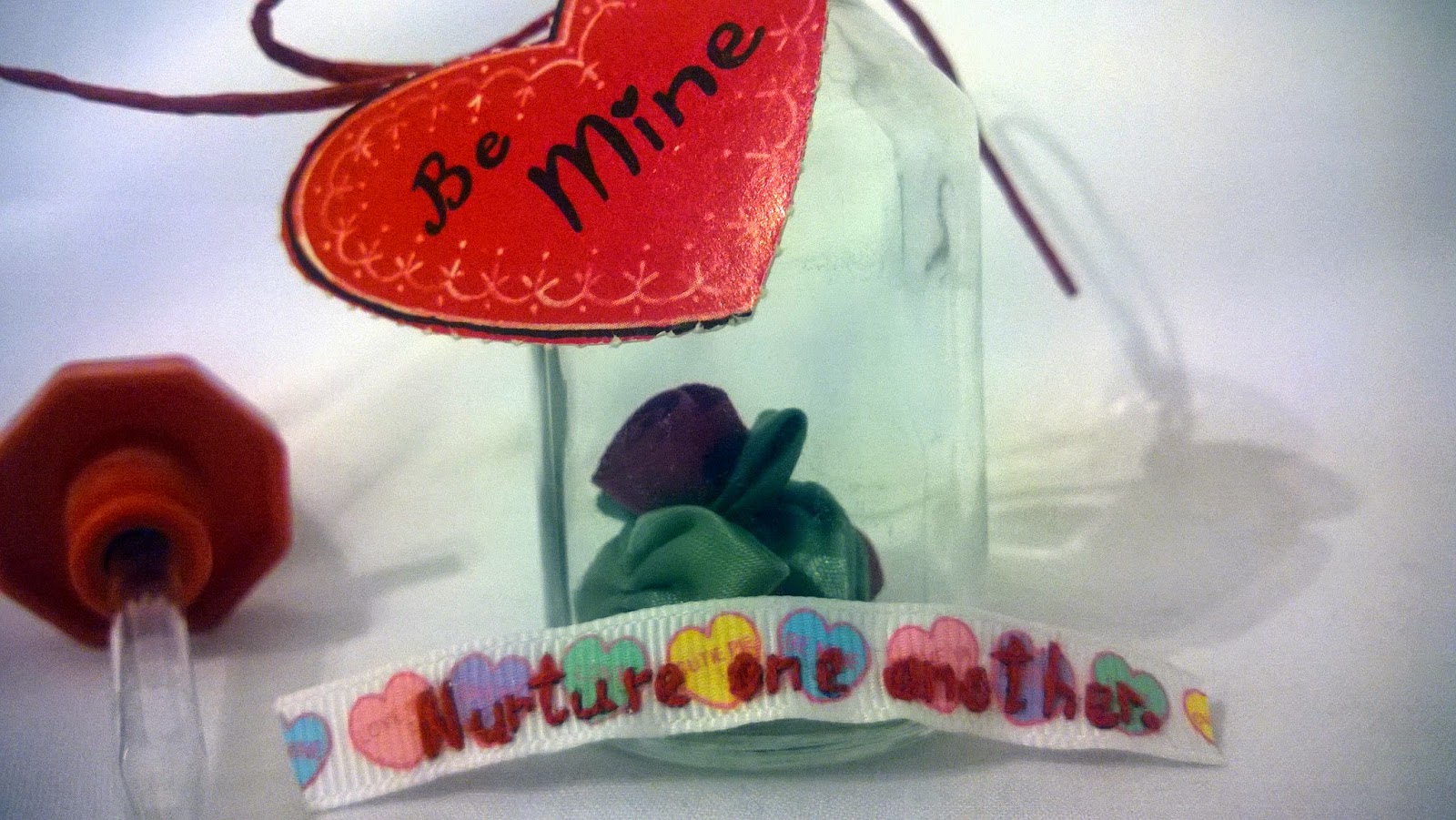 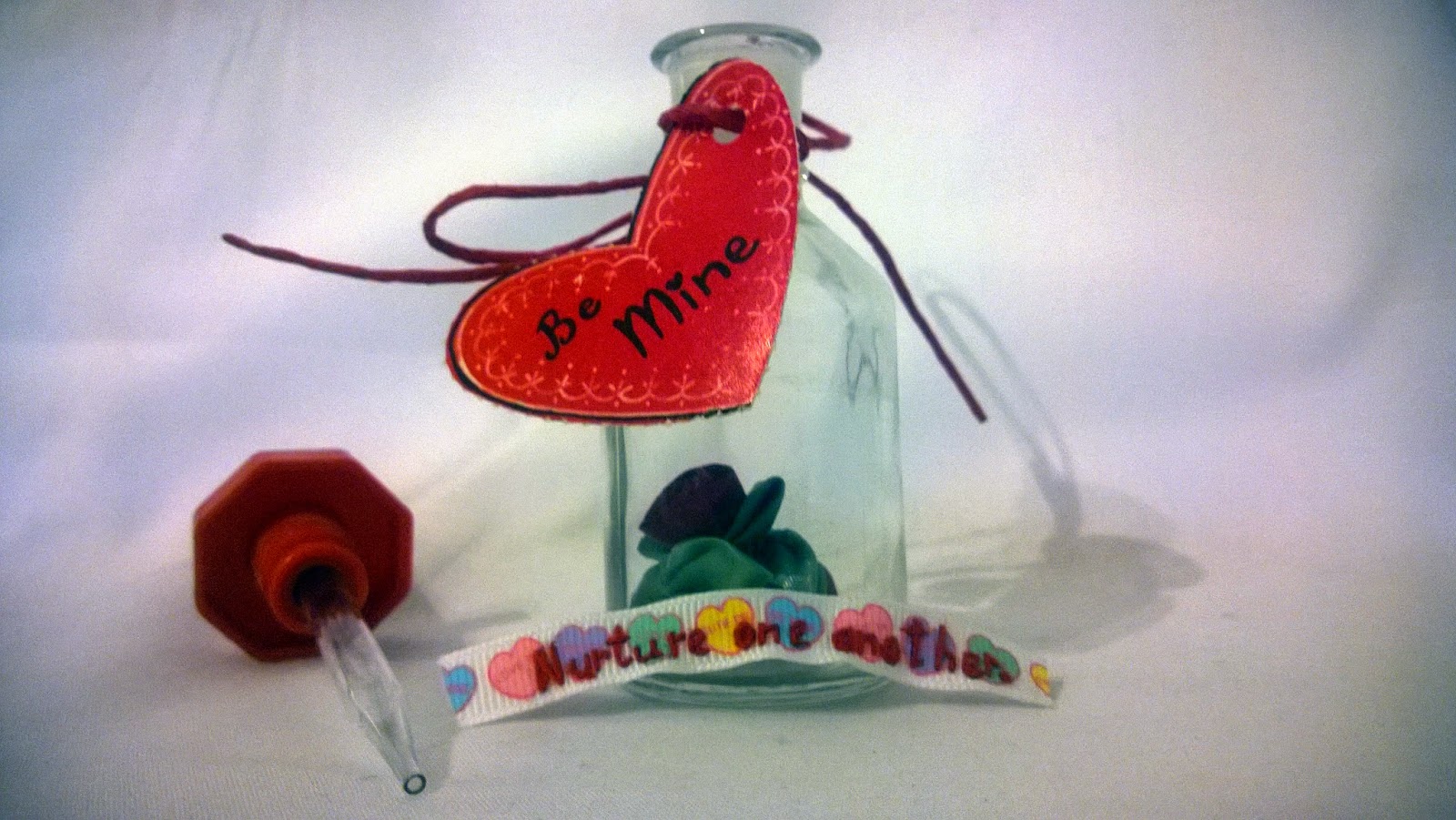 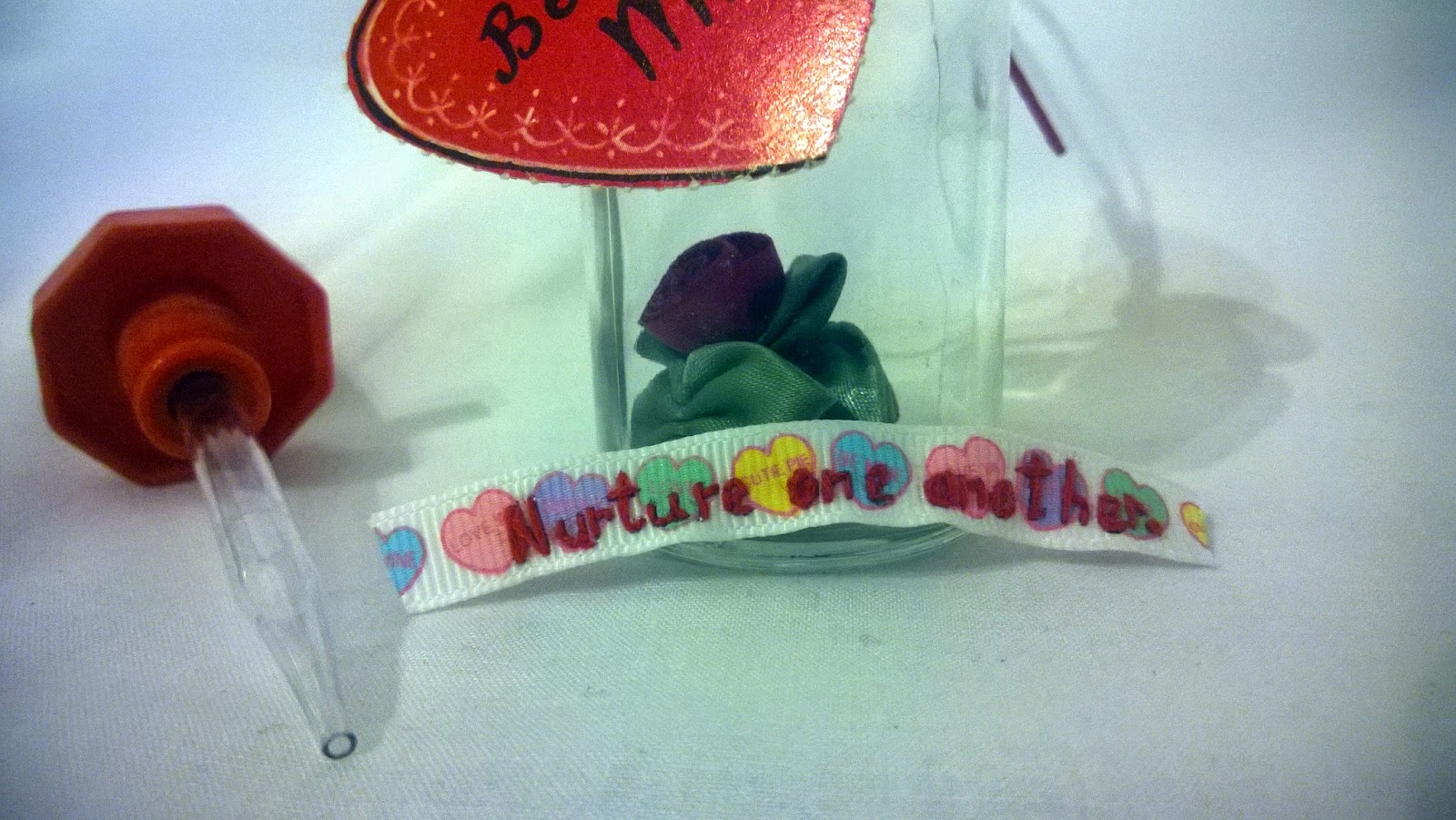 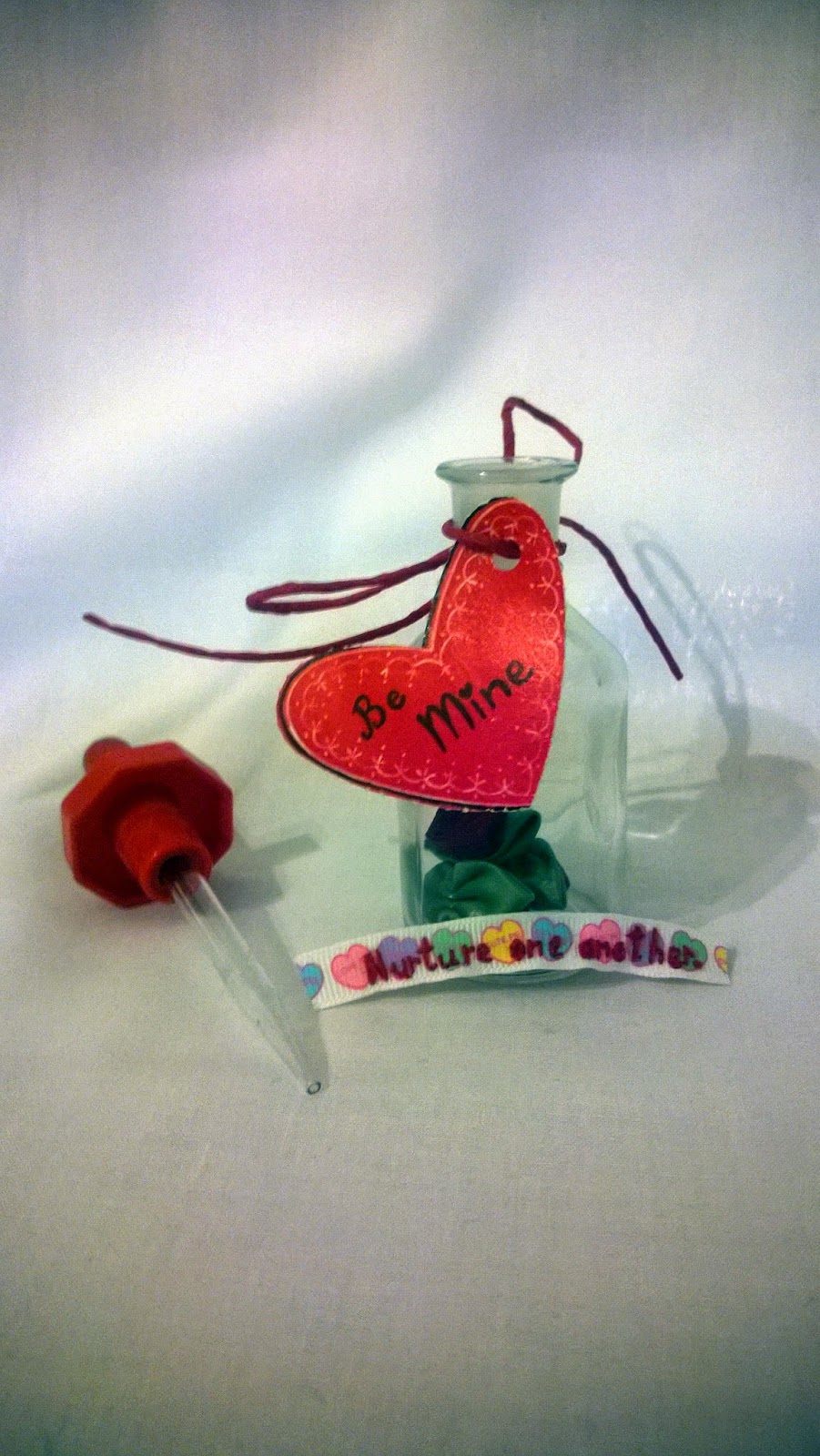 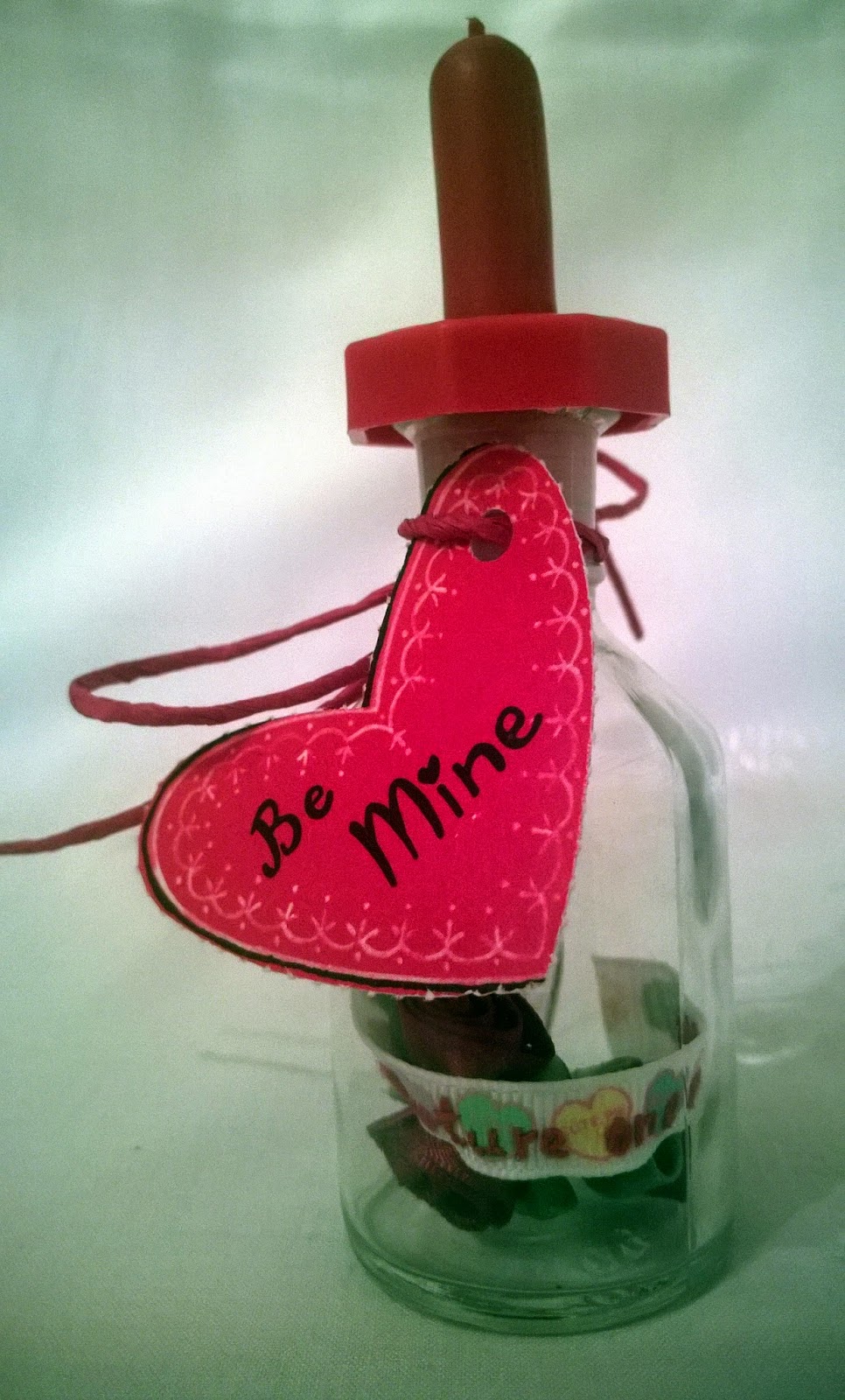 Tomorrow I will post pictures of the aformentioned #heartshapedfoodstuffs along with recipes. À bientôt!

Posted by Kate Elisabeth Rolison at 13:28