By the eighteenth century, embroidery was referred to as “flowering”, cementing its importance in cultivating the image of the English rose, and the inseparability of needlework and floral motifs. So long as such stitching was undertaken for the greater good and was not an exercise in vanity, it was permissible. Vanity, after all, is self-regard; looking at oneself, and not letting men do the looking. Why else are selfies so reviled?

Instructing women to stitch for the church or their husband denied women agency over their creativity. If pleasure was sinful, then needlewomen, ever pious, were not permitted to take pleasure in creating their art. In The Subversive Stitch, Rozsika Parker suggests that “the endless assurances that embroidered objects were necessary and useful were prompted perhaps by the guilt women felt that they found pleasure in embroidery”. By the Victorian age, lived experience was all about repression, to keep up the appearance of the angel in the house. This, after all, was an age in which women were told to “lie back and think of England”. The ideal English woman was fragile as the rose that gave her her namesake, pure, and far too calm for anything as frenzied as pleasure. Her physical and emotional helplessness was a reflection of her status as a commodity to be acquired by men; women could not own property or money they had earned until 1870; before then their assets automatically became their husband’s upon marriage.

The fear of sinning through embellishing garments to adorn oneself with (which was so popular in the eighteenth century) may have led to the Victorian craze for embroidering for the man in one’s life; from slippers to the rather frivolous smoking cap, all men’s accessories were to be covered in stitches. This corresponded to the ideal of the self-sacrificing angel in the house, who existed “to soften and sweeten life”, as Mary Lamb put it in her caustic essay On Needlework. A literal softening and sweetening was taking place here; women were creating textiles, and covering them with sentimental stitches.

Here is the beginning of a piece based on Berlin woolwork (and on some of the ideas explored here) though stitched in cotton, not wool.

Slowly, the embroidery is flowering... 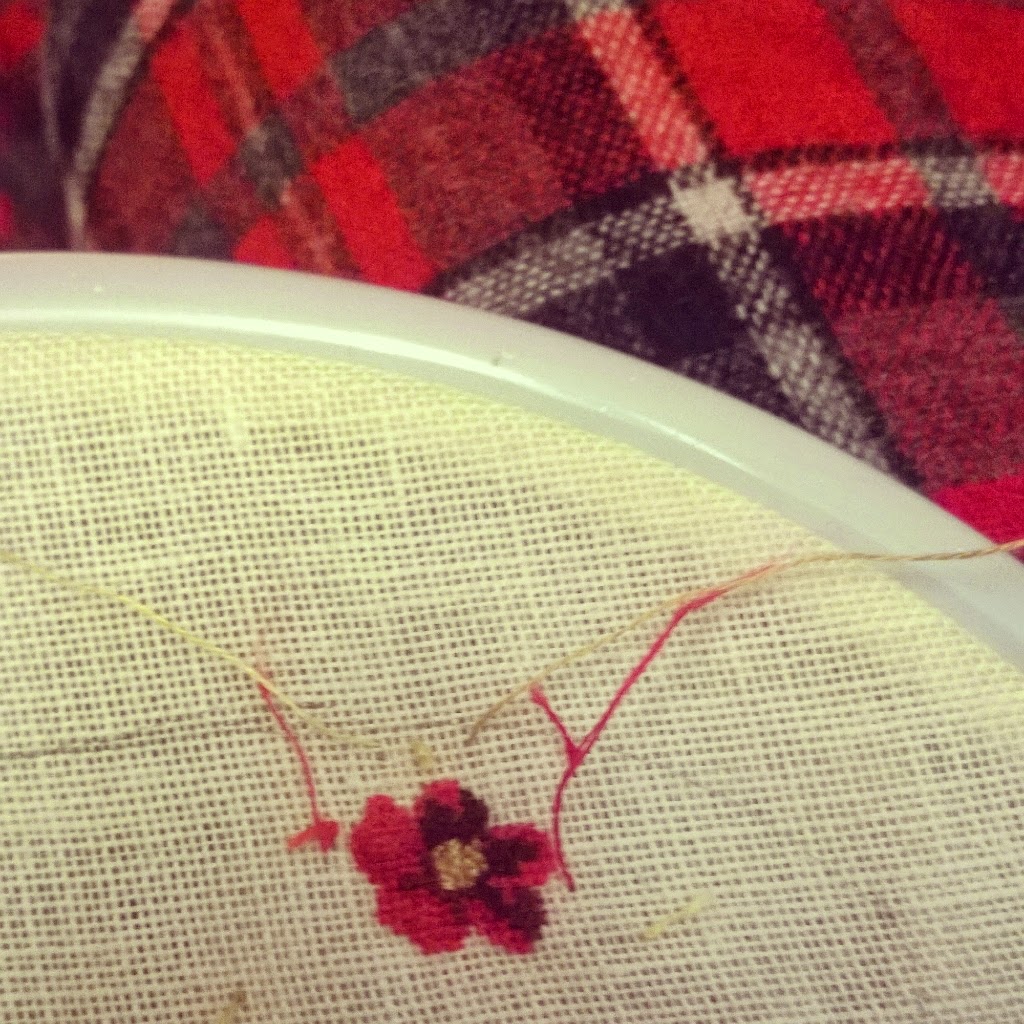 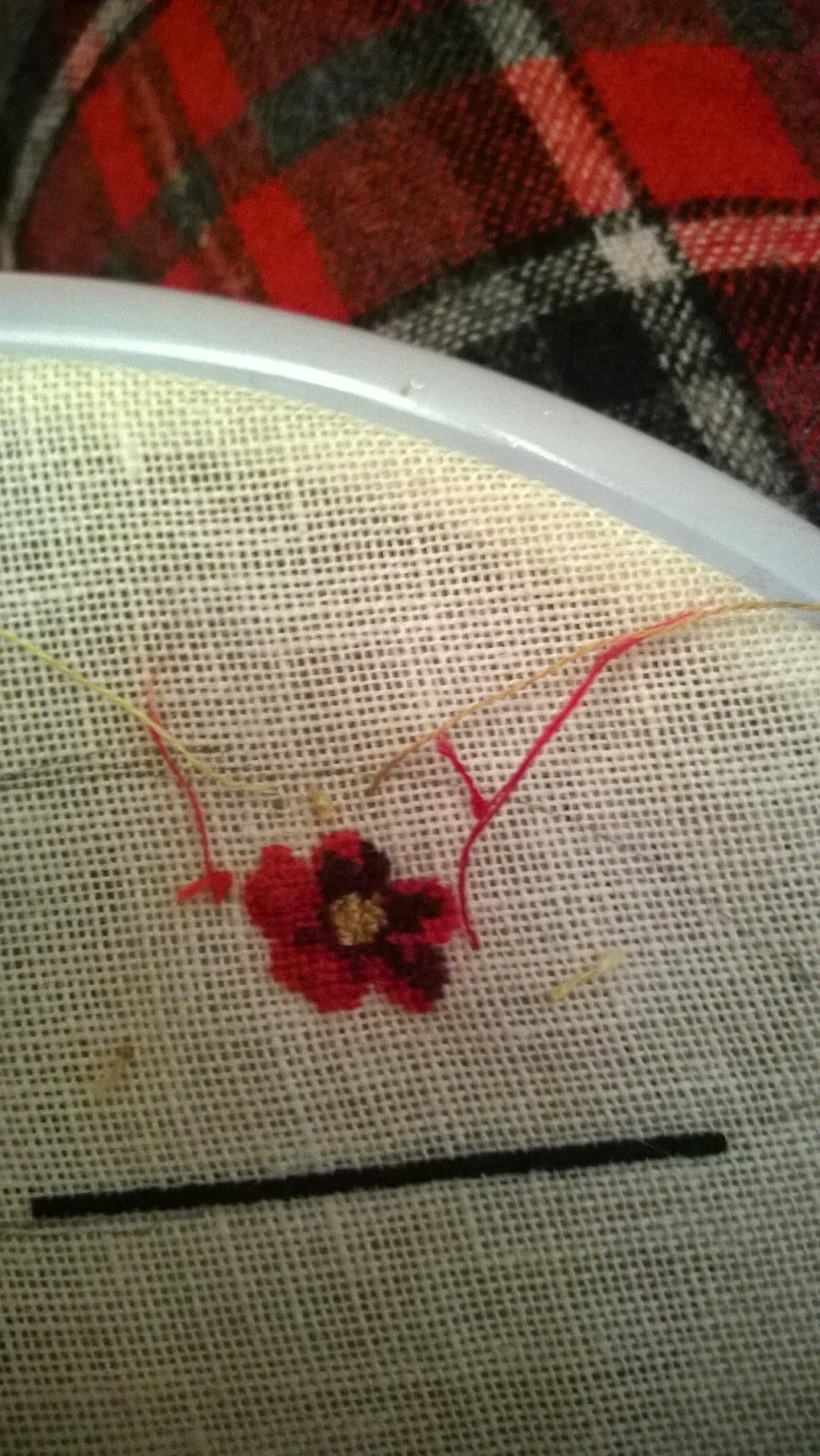 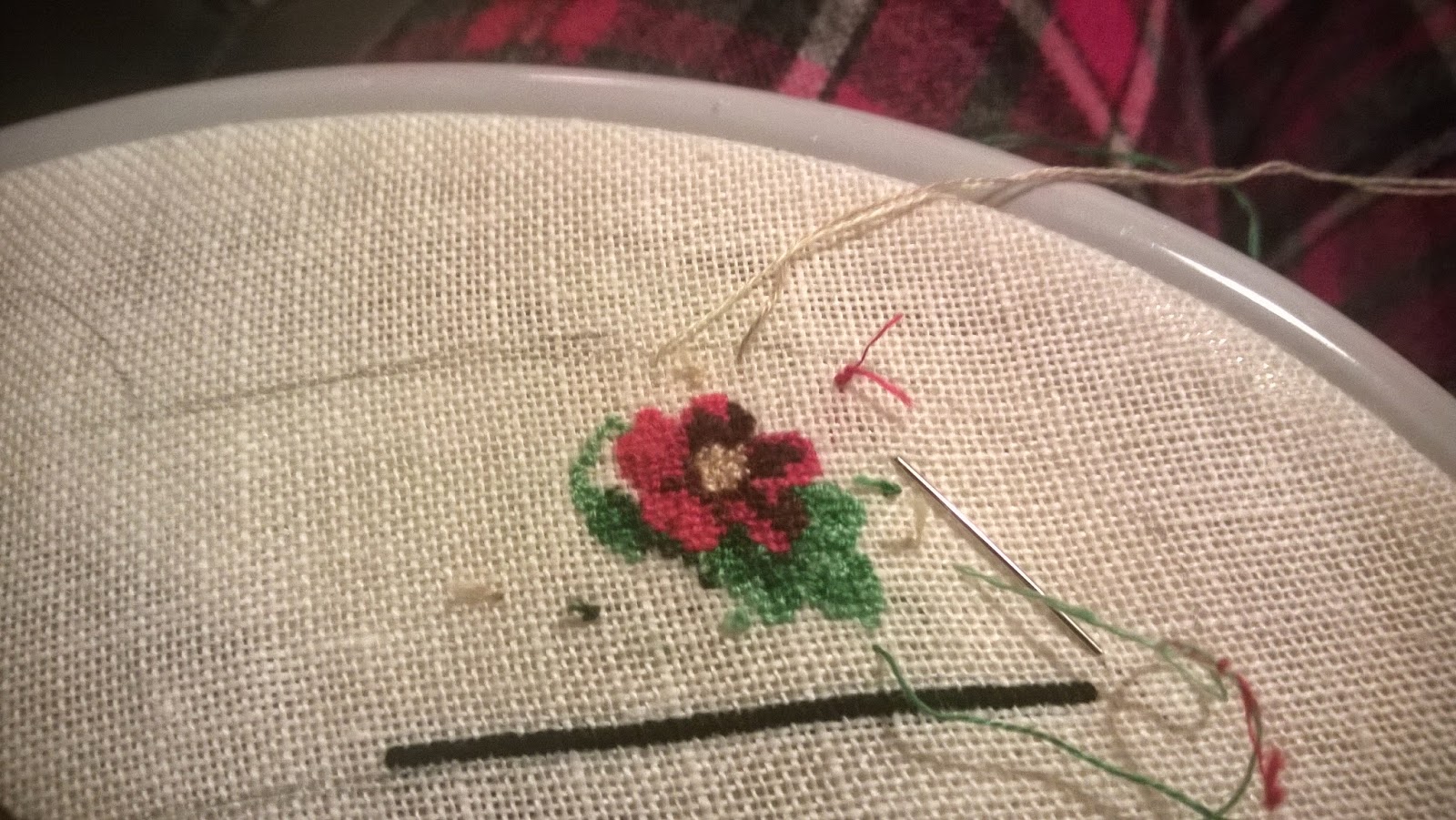 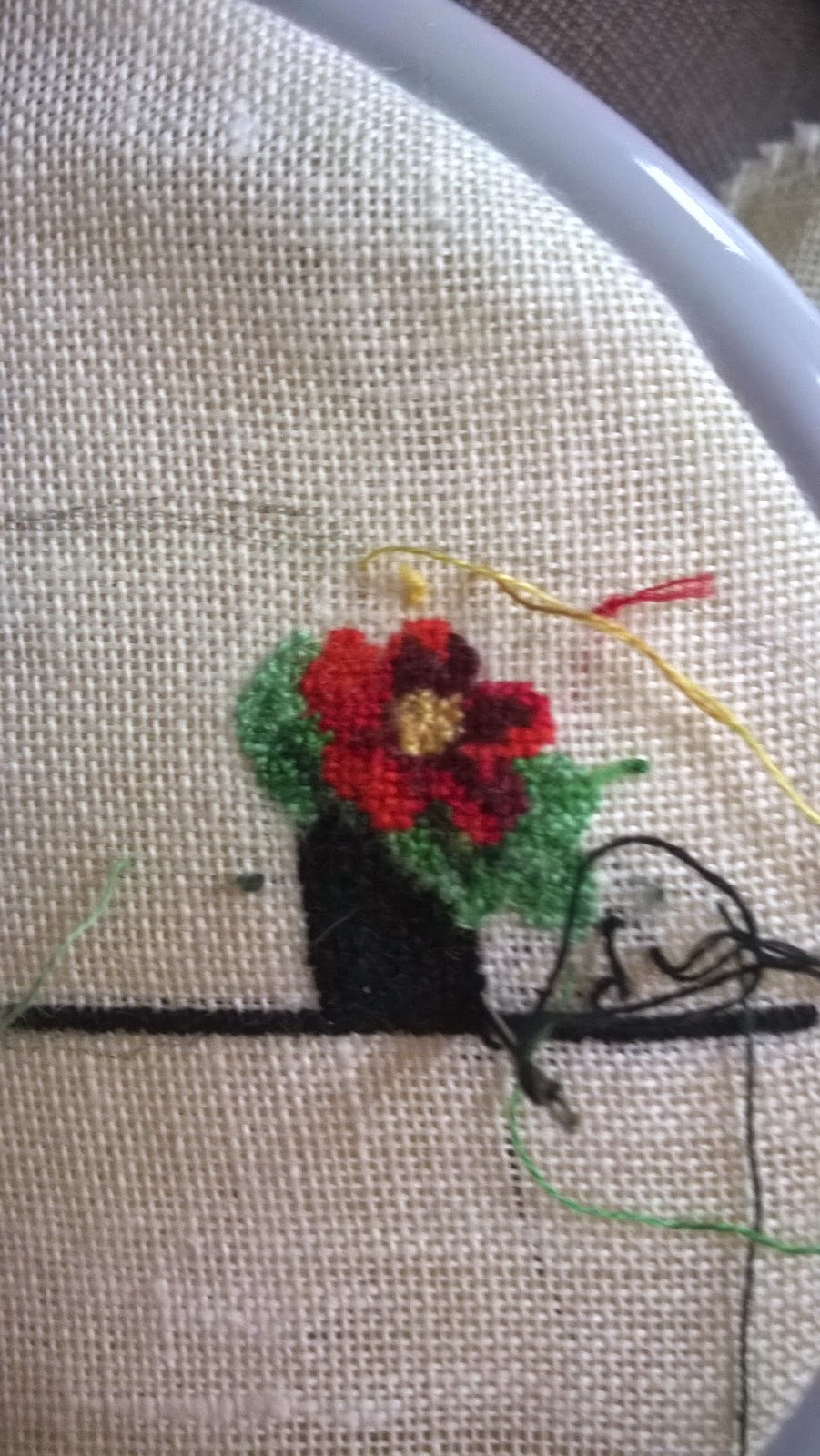 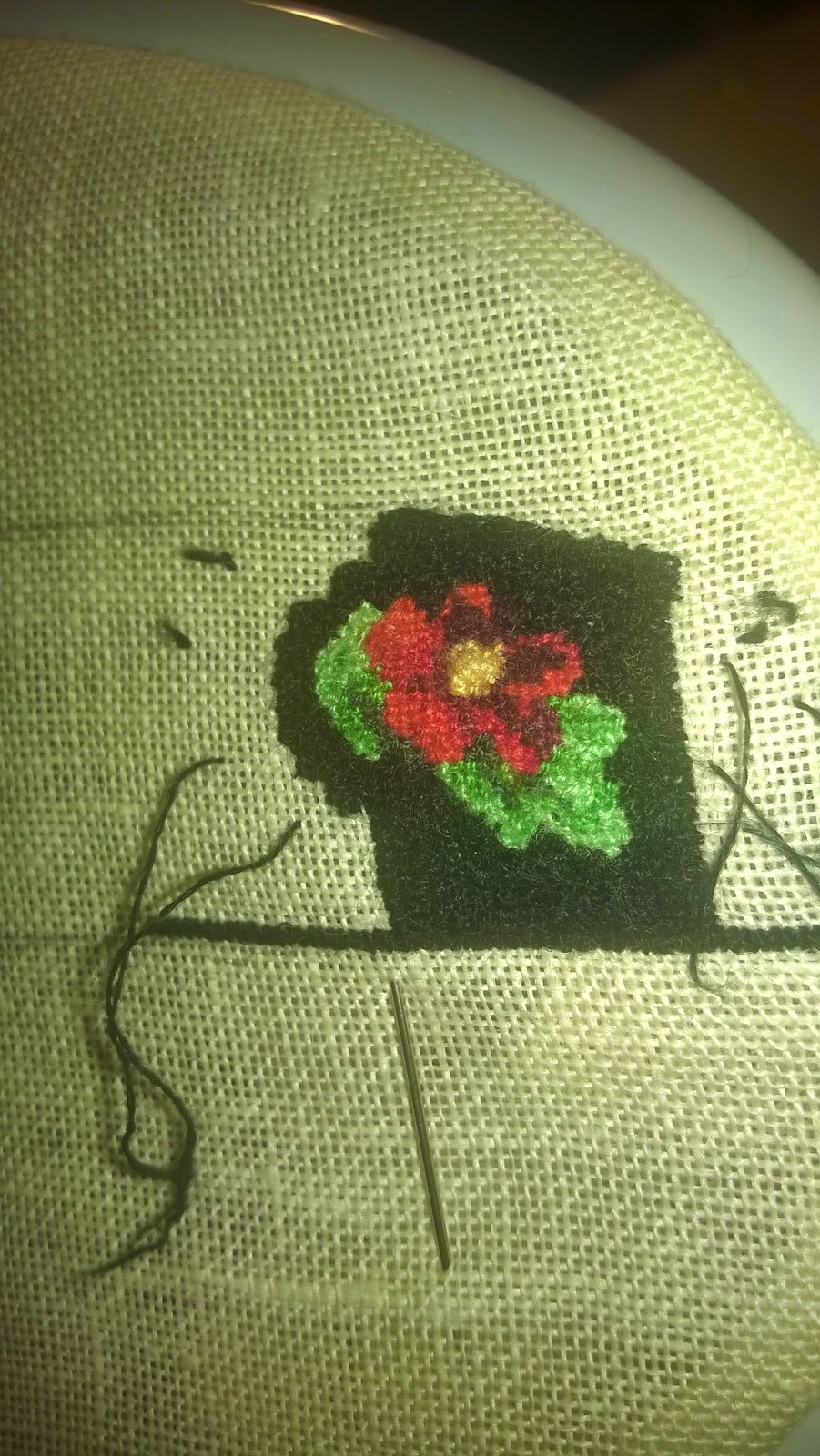 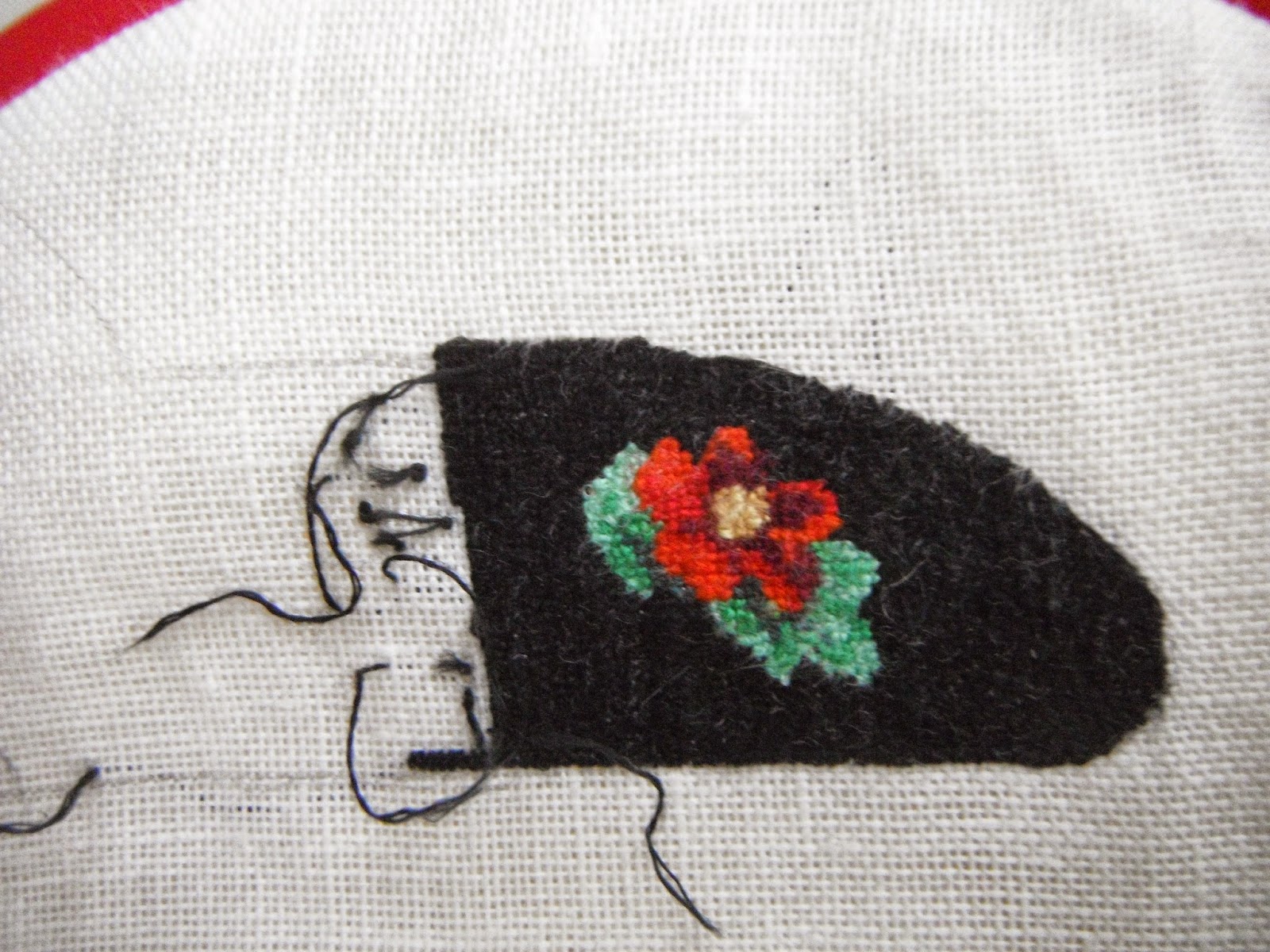 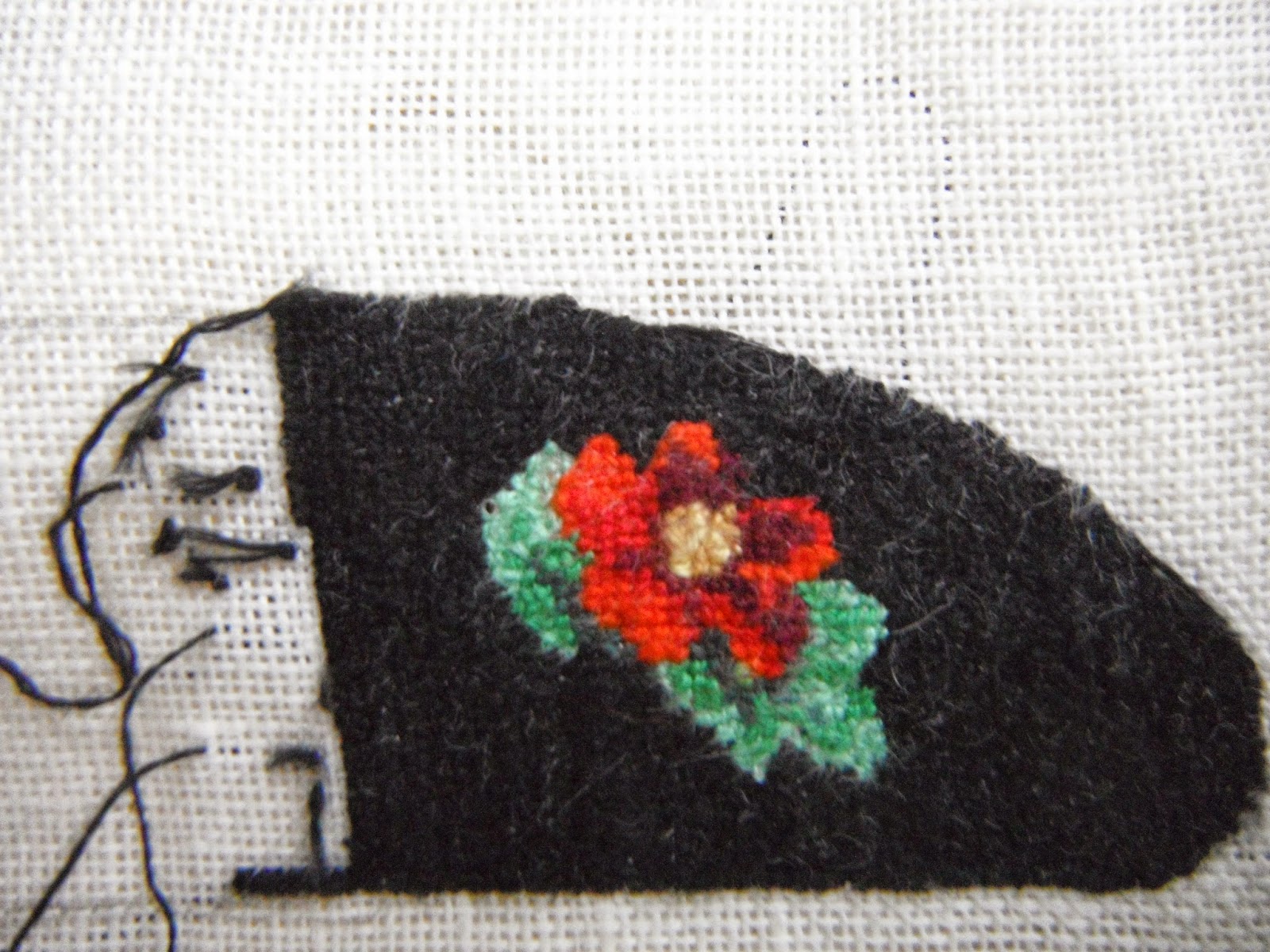 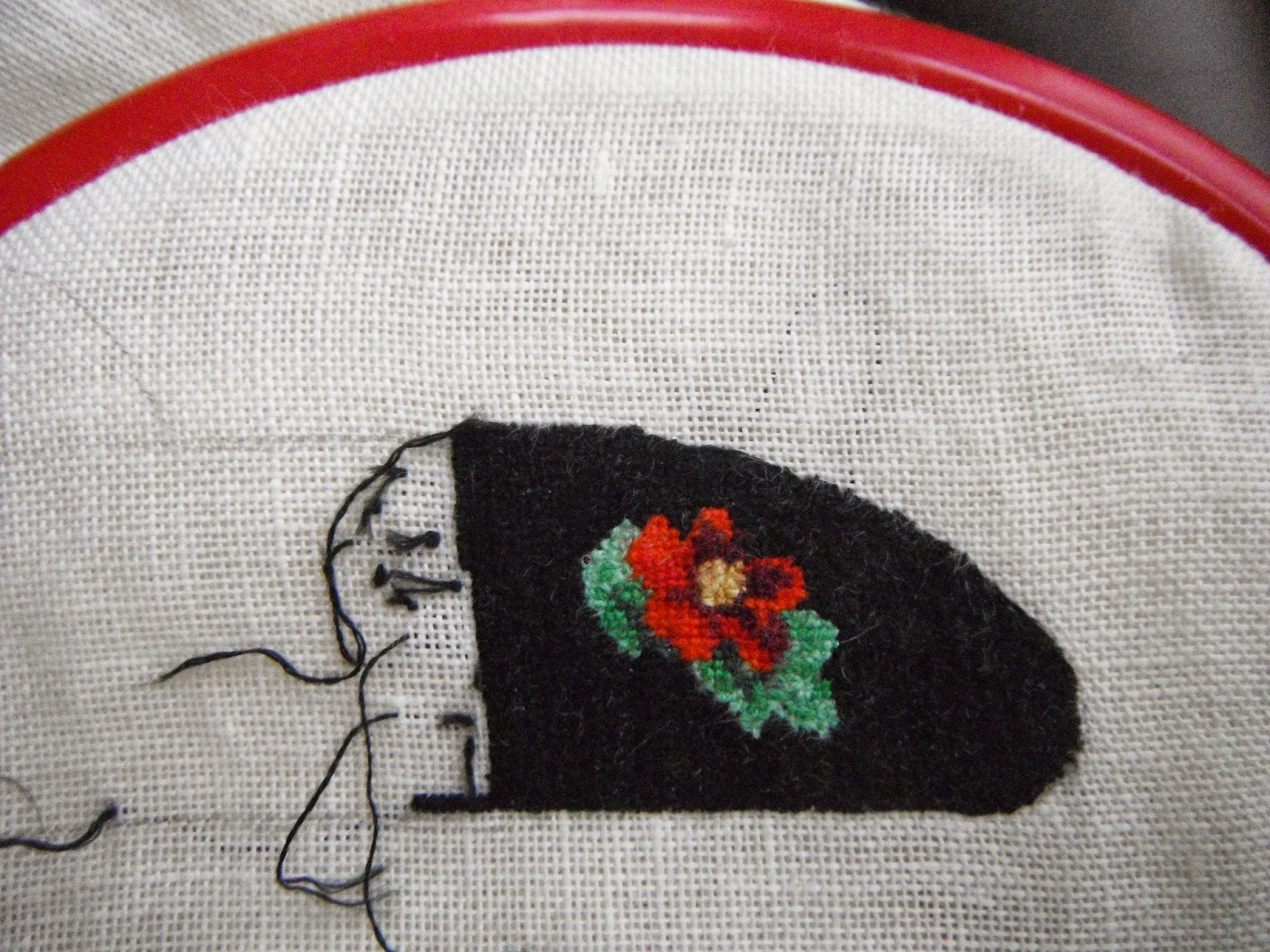 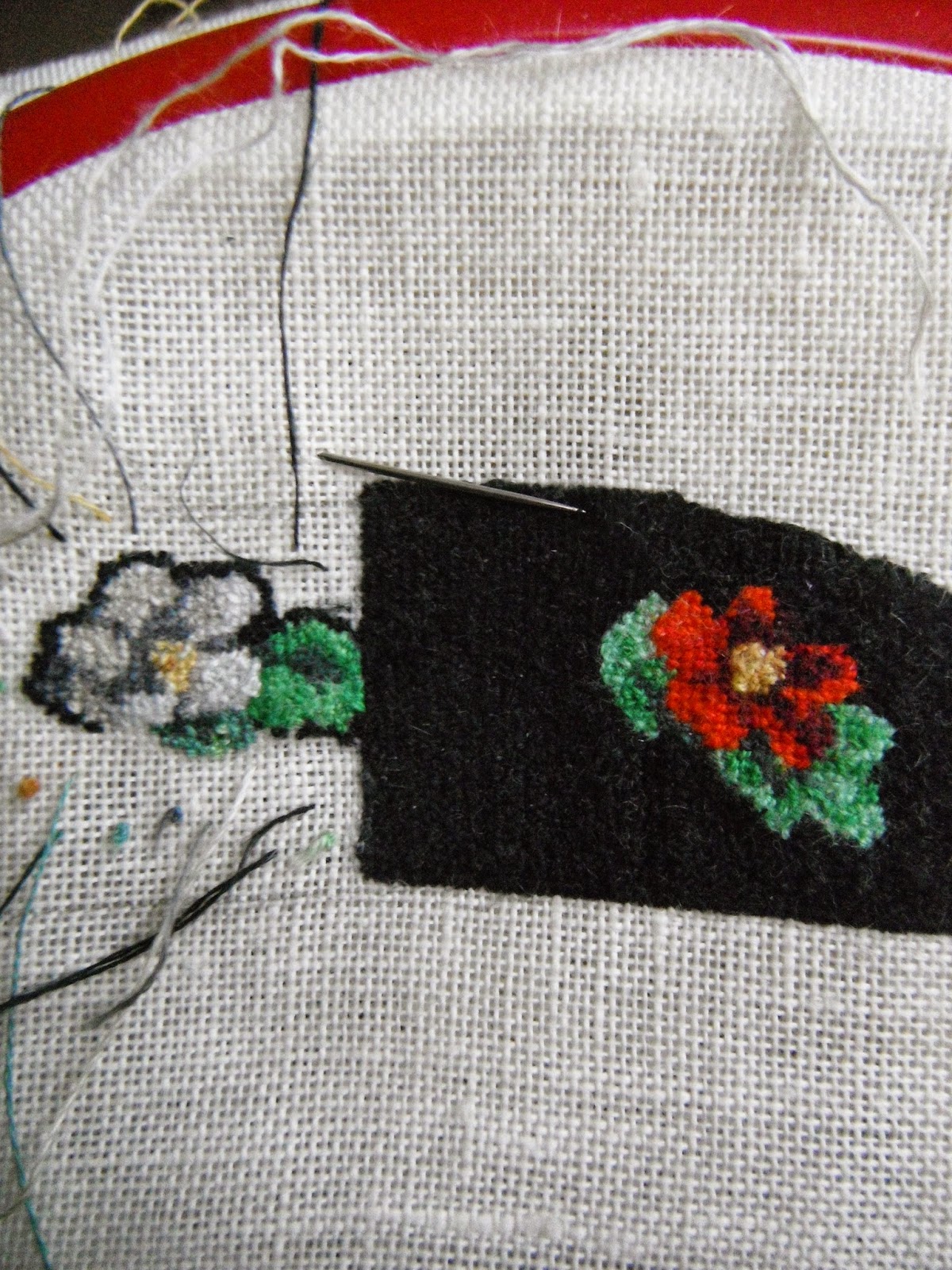 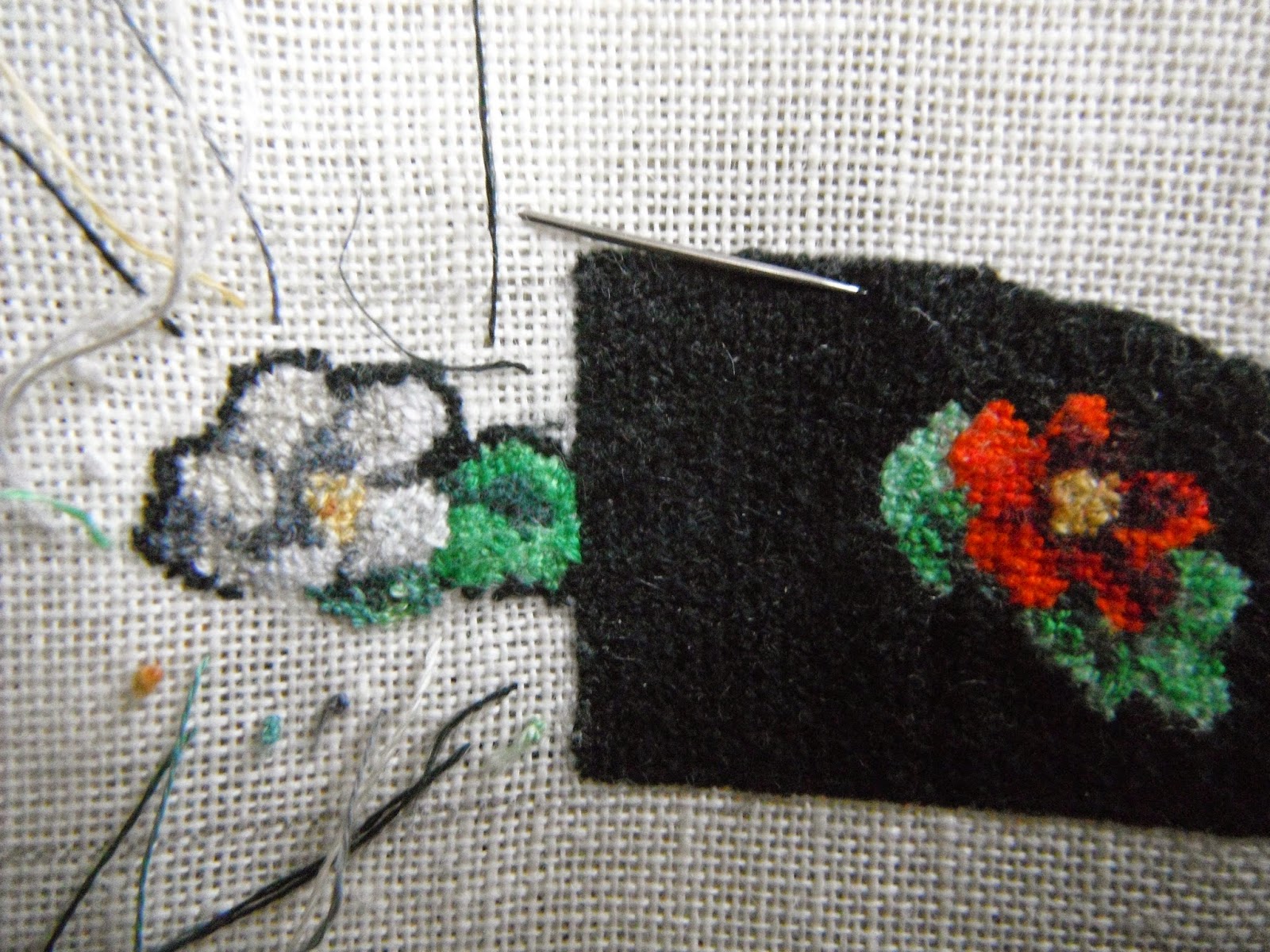 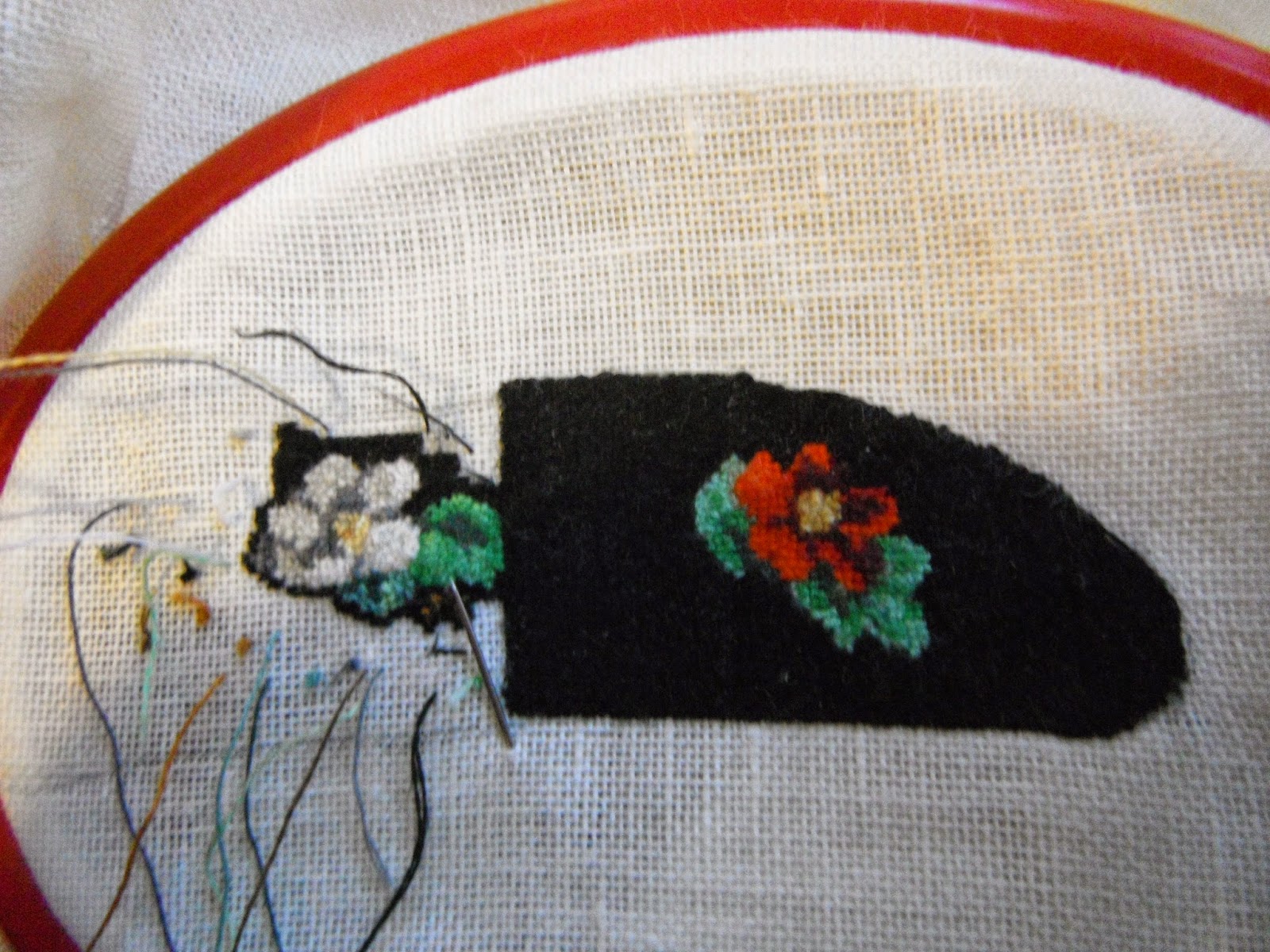 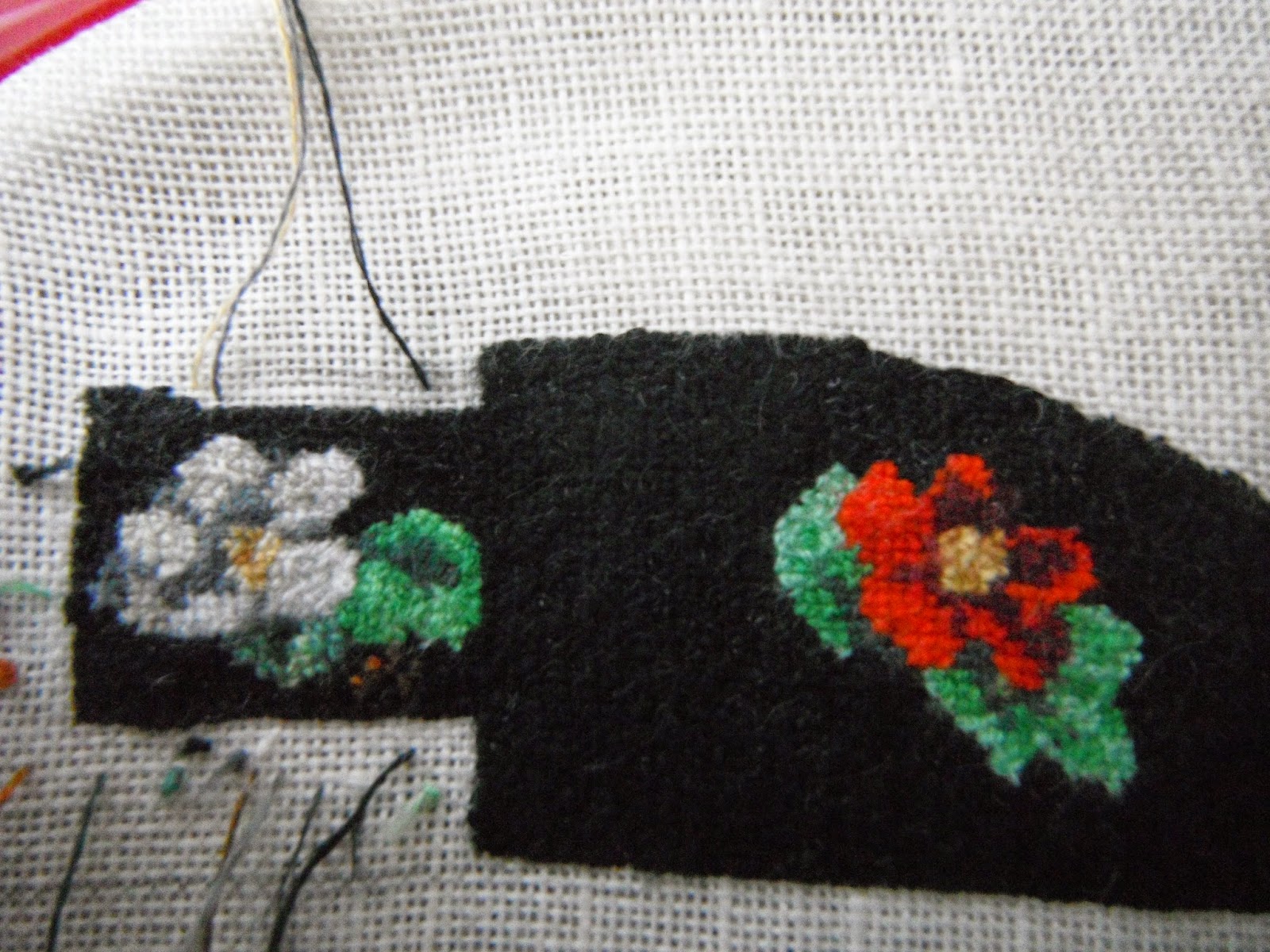 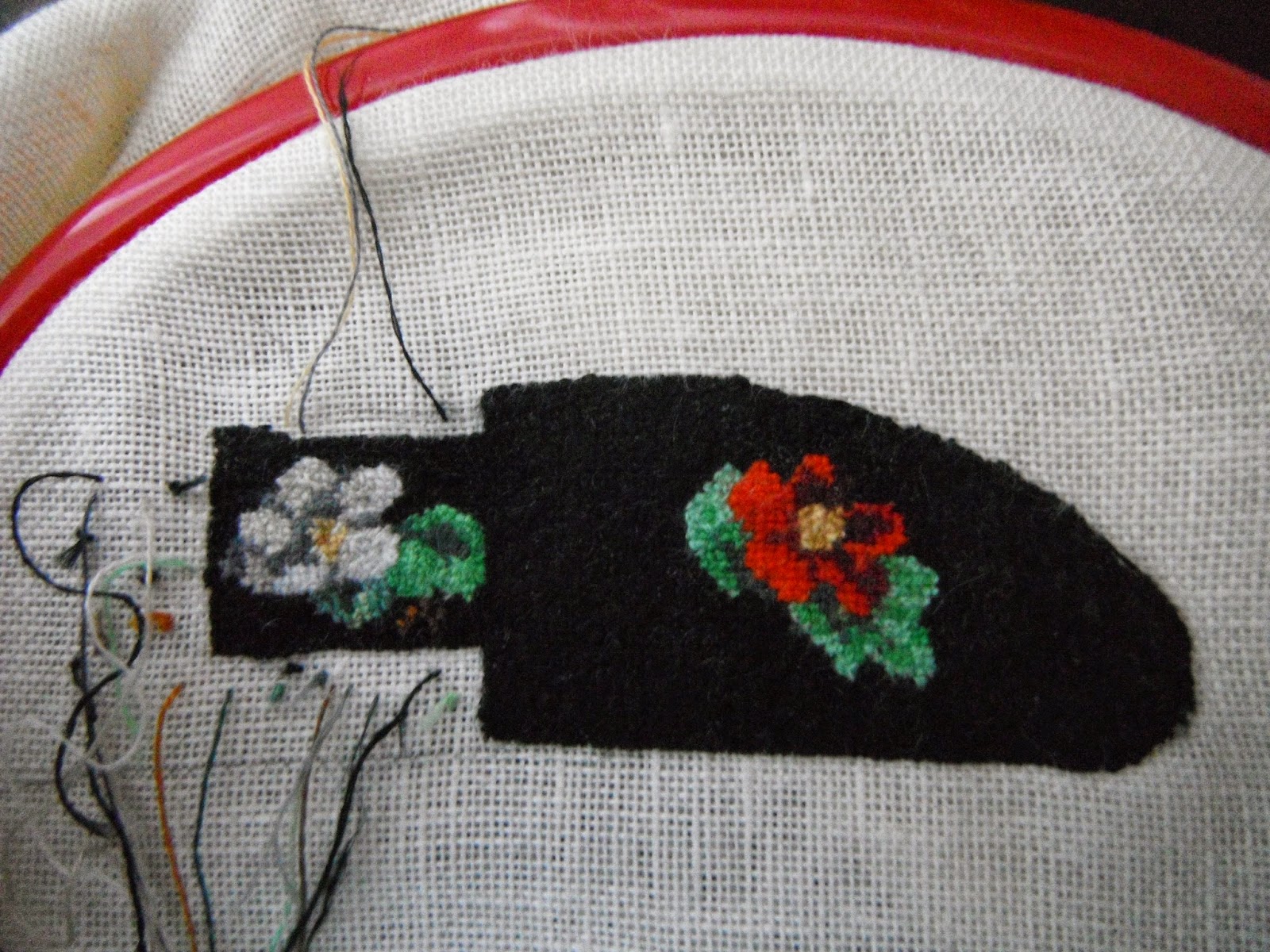 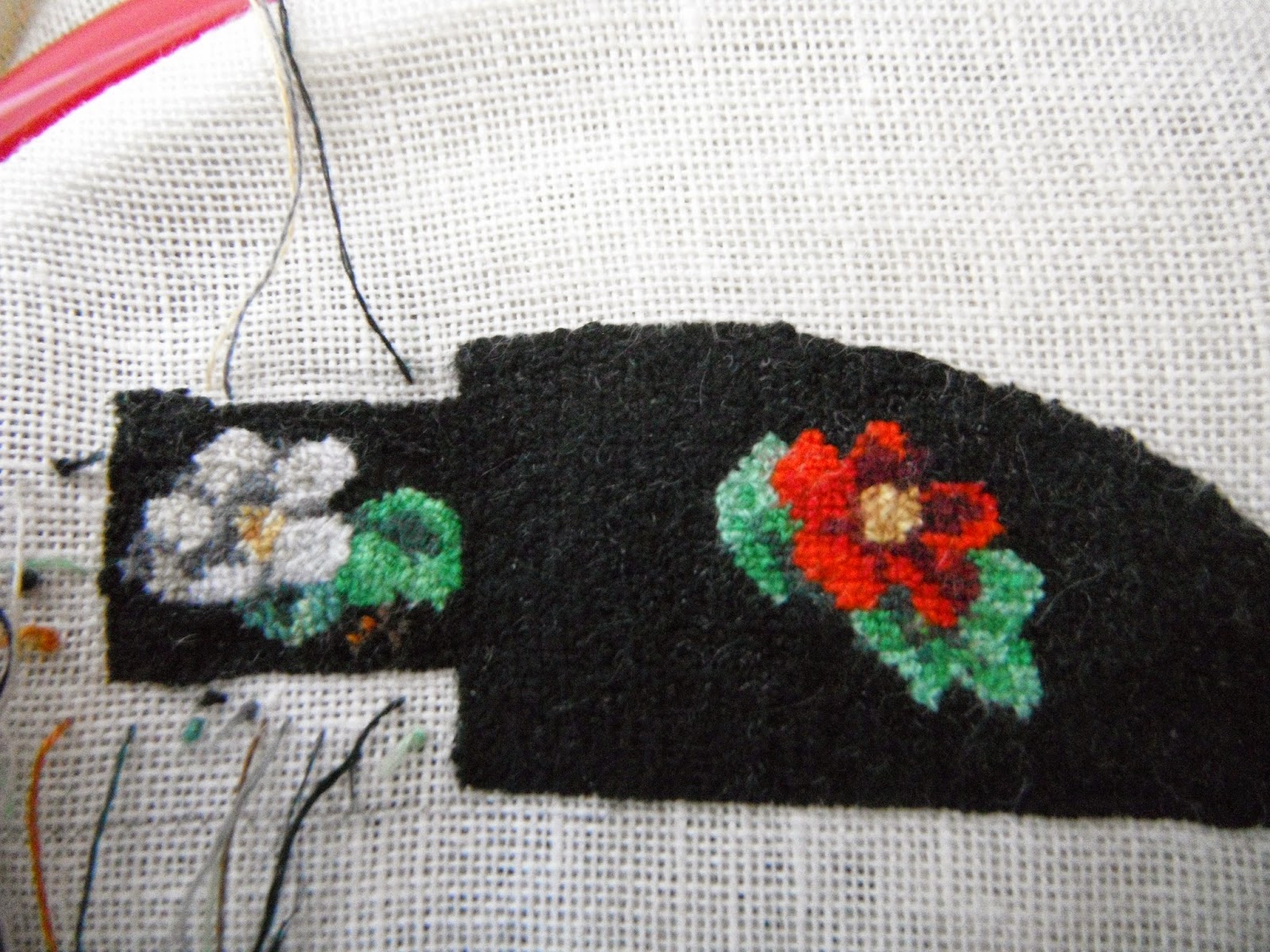 Posted by Kate Elisabeth Rolison at 10:28