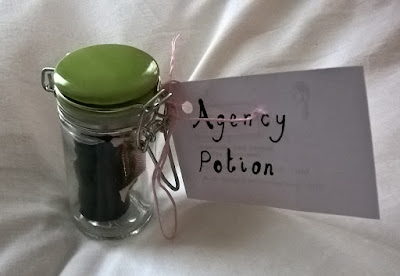 For the first time in over a month, I'm feeling (somewhat) in control of my life and (somewhat) positive about the future. I am moving towards accepting that I am an artist and a millenial and that consequently it's never going to be easy.

This meant that last week's #secretsofselfpreservation potion was a no-brainer. A tutor of mine once described me as being "a bit of a free spirit", which, as a person for whom the phrase "highly strung" would be a polite way of putting it, I found hilarious. But I must concede that going with the flow a bit more would be good for me, and so last week's potion reads "Being mistress of your own destiny is nothing to fear." 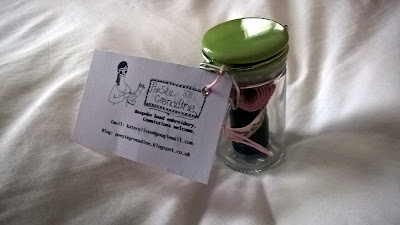 The potion's name, Agency Potion (as in self-determination) is written on the back of my business card, which I like to think of as a metaphorical passport to my future. 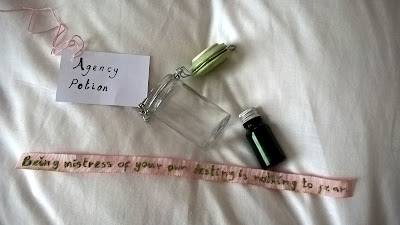 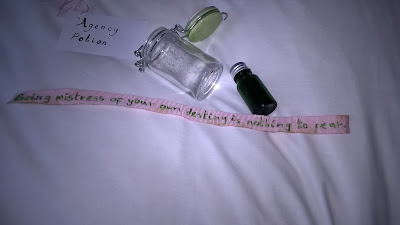 Posted by Kate Elisabeth Rolison at 14:37