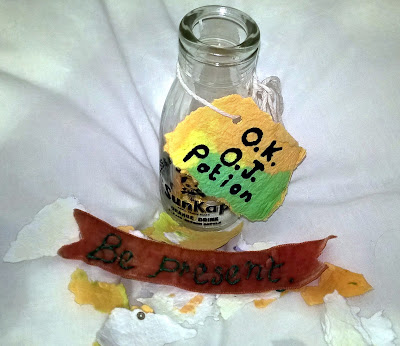 I'm not very good at living in the moment. I have a very noisy and often unhelpful mind that, when I am trying to concentrate on doing the task at hand to the best of my ability, has a tendency to say "Remember when you were doing [completely unrelated thing] and failed utterly at it?" or agonise over whether I will be up to doing the task at hand next week, or fixate on the seeming improbability of ever moving out of my parents' house. Welcome, my friends, to pervasive anxiety.

So, I would like to live in the moment a little more, and in the rare instances when I am able to, it is sheer bliss. It was that way during the two sessions of paper-making I led with young people at work over the past couple of weeks. I was completely invested and engrossed in introducing the young people to a new and creative experience, and buoyed up by their enthusiasm. Fingers crossed there will be similar results next time I lead a creative activity with them!

That's why this week's #secretsofselfpreservation potion reads "Be present." Not letting it all pass me by in a tangle of worry. 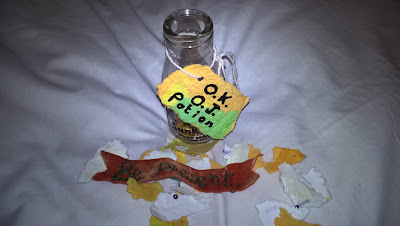 Some of the paper I made is included too, embedded with sequins and sparkling thread. 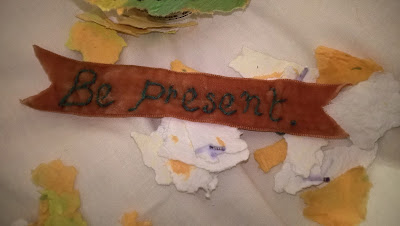 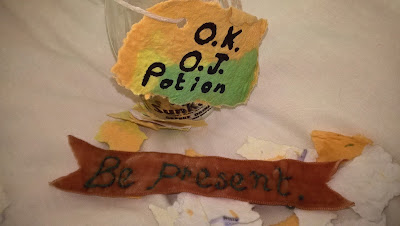 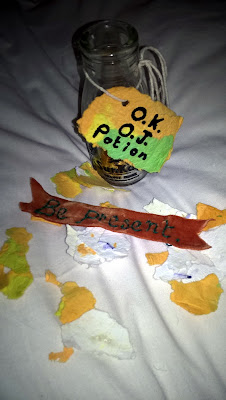 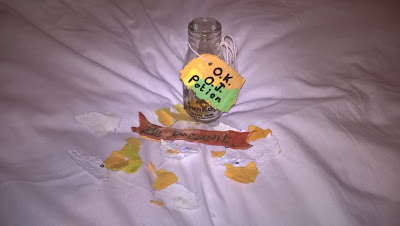 The potion's title is "O.K. O.J. Potion" as the bottle is a relic from the Sixties when orange drink was delivered in glass bottles direct to door alongside pints of milk. From the way it is described, I would guess this "orange drink" was full of E numbers rather than being a more wholesome orange juice, but it still has a perkiness about it that speaks of hope and fresh beginnings. The drink was marketed under the name SuKie SunKap, with a little cartoon orange lady, which is about as perky as you can get. It reminds me to savour the moment and the little things, such as simply really enjoying a glass of juice first thing in the morning. 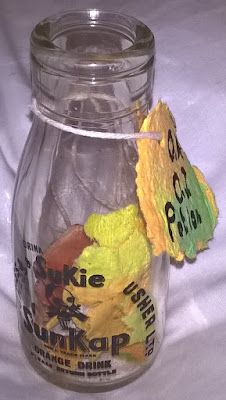 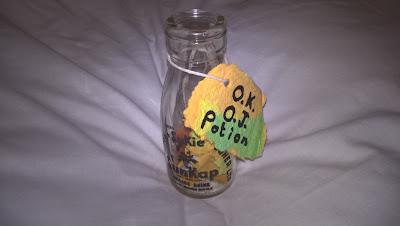 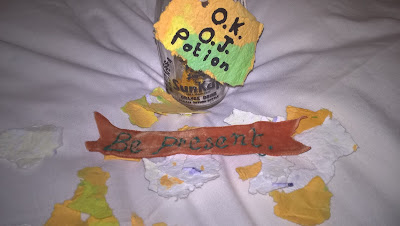 Remember you can get involved too, via the hashtag #secretsofselfpreservation, by writing about a simple way you plan to, or already do, take care of yourself. Alternatively, you can create your own embroidered (or written on paper) potion - just remember to include the hashtag #secretsofselfpreservation along with your snaps of it.
Posted by Kate Elisabeth Rolison at 12:32