Sugar and spice, slugs and snails

The latest page of On Being Soft deals with "niceness", a much-maligned quality, as the handkerchief which lives in the page's pocket illustrates. 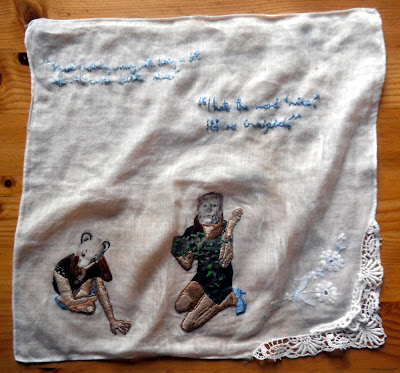 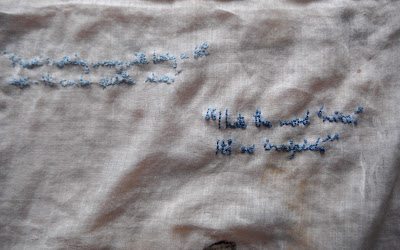 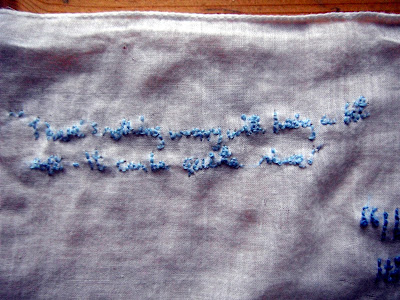 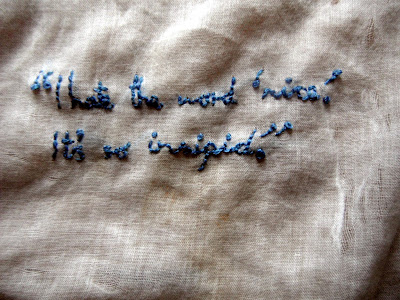 The text is an imagined conversation, hence I have used two different examples of handwriting, mine, and my dad's rather illegible scrawl!

"There's nothing wrong with being a bit soft. It can be quite nice."

The text is illustrated by more photographs from the shoot I did for my A Levels. I've chosen a mouse and a lion due to their associations with bravery/ferociousness and timidity; perhaps the mouse could be paired with the first voice of the text and the lion with the second? One of Aesop's fables concerns a lowly mouse doing an act of kindness for a majestic lion. "Kind" can be a synonym for "nice".

The transferred black and white photographs were hand-tinted with satin stitch. 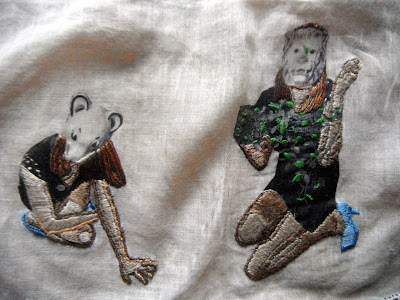 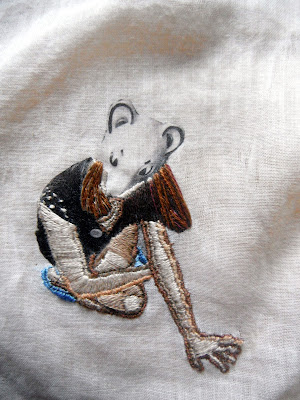 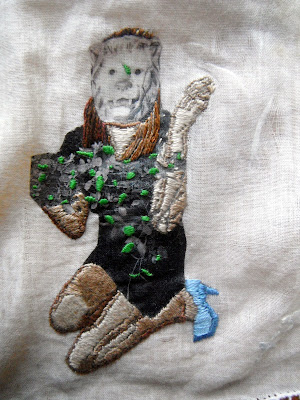 I was a bit stumped as to what to do for the page itself. I also had a completed embroidery which I wanted to integrate into the book in some way - a snail (which, fittingly, was completed at a snail's pace - a very performative embroidery!) 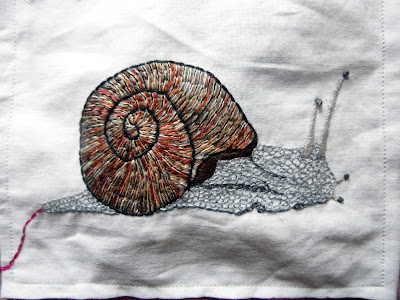 Here was a way I could use my labour-of-love snail. The text on the handkerchief would "nicely" problematise the sappy, saccharine, reductive nursery rhyme. 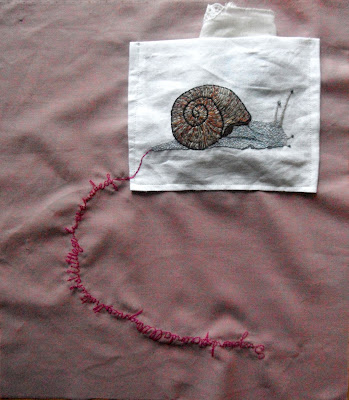 I embroidered the "sugar and spice" segment of the nursery rhyme as if it was the snail's trail of slime, to illustrate the nausea of sweetness. 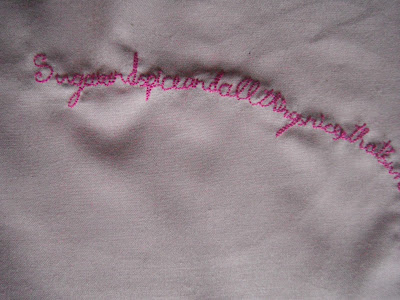 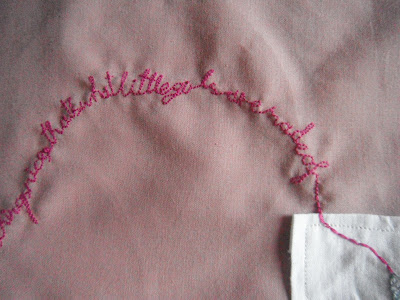 On to the seventh page now; a page all about sensuality.

Posted by Kate Elisabeth Rolison at 05:00