The thing with feathers

As the time to begin my training at the Royal School of Needlework draws ever nearer, I grow more and more excited, but also daunted, as it seems incredible to me that human hands can produce something so exquisitely beautiful.

Visiting the most recent exhibition at the William Morris Gallery, The Art of Embroidery, has me even more daunted. Truly, Nicola Jarvis's bird and floral motifs are an exercise in impeccable technique. It didn't surprise me in the slightest that the exhibition is supported by both the Royal School of Needlework and the Embroiderers' Guild, because Jarvis's skill is clearly the result of years of training. 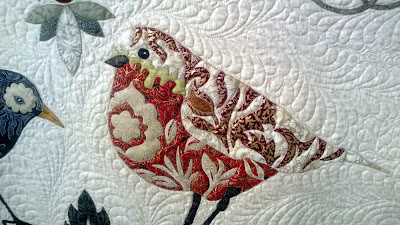 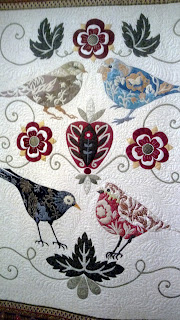 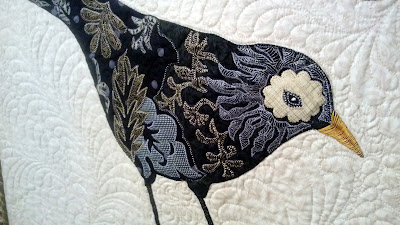 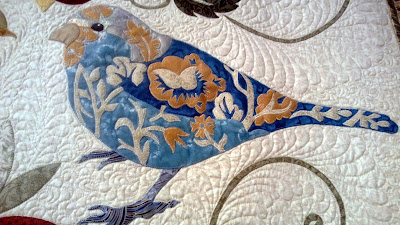 What she is particularly masterful at is replicating the same image in a plethora of individual techniques; from quilting to painting to canvaswork. As well as being a master craftswoman she is obviously also a master draughtswoman; her designs for embroidery are exquisite, and are shown in context alongside those by May Morris, William Morris's daughter and a key figure in the Royal School of Art Needlework as it was then known. 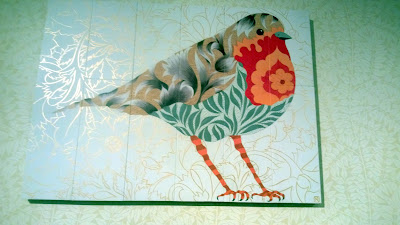 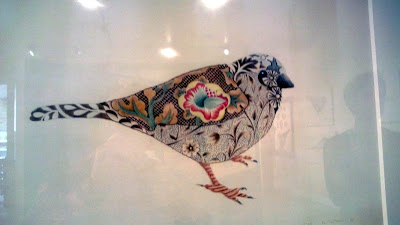 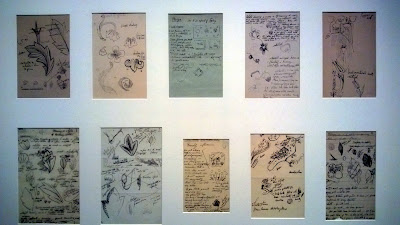 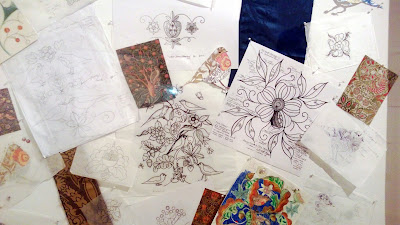 May became director of the embroidery department of Morris & Co. at the tender age of twenty three (clearly a prodigious talent; I'm twenty two, and thus even more daunted!) Though techniques in embroidery have become more complex and refined since her time, there is a clear mastery of the craft in her designs. I was particularly struck with her silk shading, which, though thicker in stitch than modern silk shading, has a gorgeous quality of light. 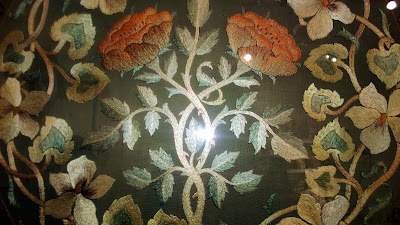 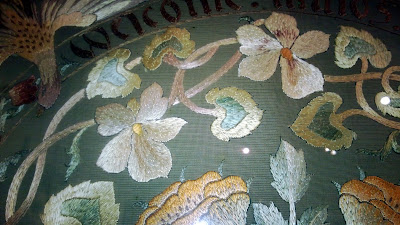 Because of this juxtaposition between old and new techniques in embroidery, the exhibition is something of a view of the evolution of the craft.

I must say, though I greatly admired the masterful technique of Nicola Jarvis's designs, some of my favourite items in the exhibit were three bags, two of which were designed by Morris and the third is a woven Middle Eastern silk evening bag.This may be because of my romantic tendencies, which are perfectly suited to accessories of the Arts and Crafts movement! 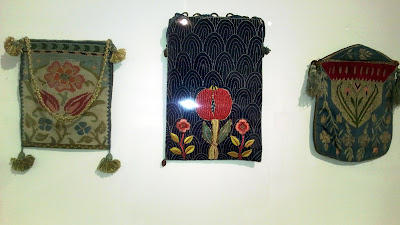 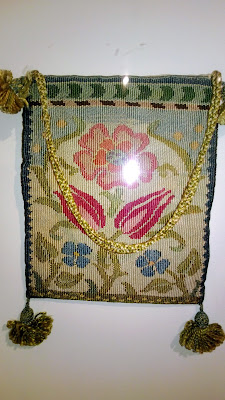 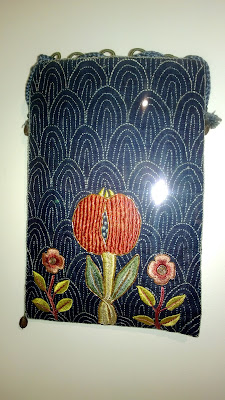 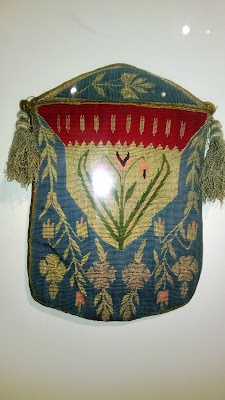 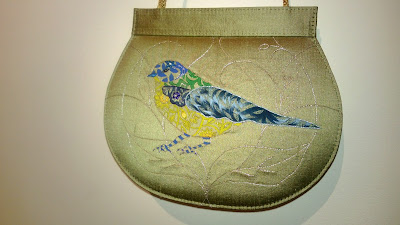 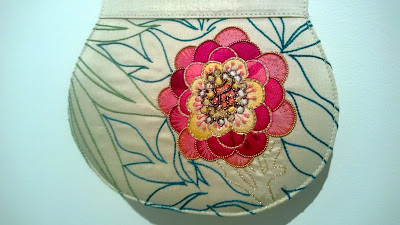 My favourite pieces of Nicola's were her richly embroidered cushions. The beading in particular is breathtaking, and works particularly well with floral motifs, adding jewel-like opulence to the flowers. From her design notes, it is evident that Nicola closely studied Morris's designs, particularly his prints for wall papers and fabrics; she cleverly echoes these in the bodies of the birds, and incorporates them seamlessly. In some cases it appears that the birds are made of lace, the embroidery is so fine. 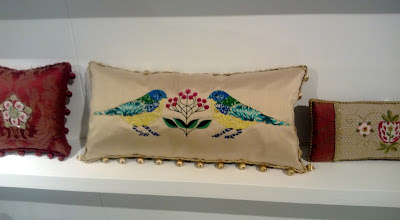 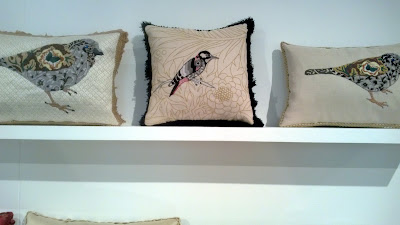 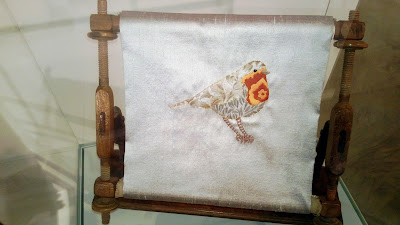 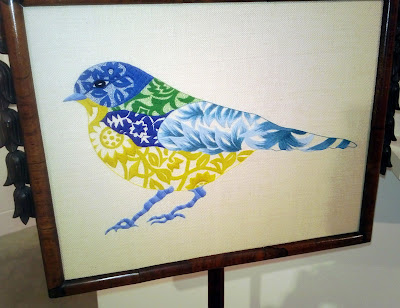 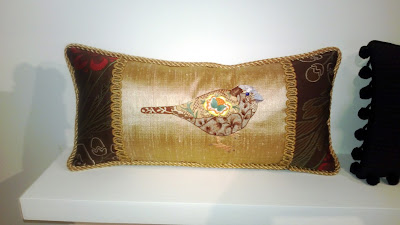 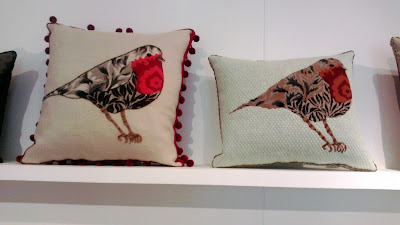 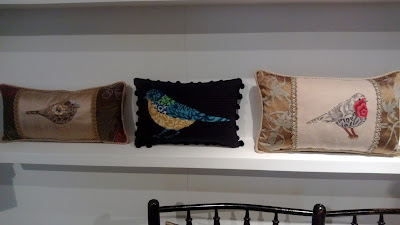 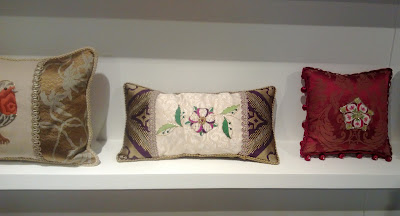 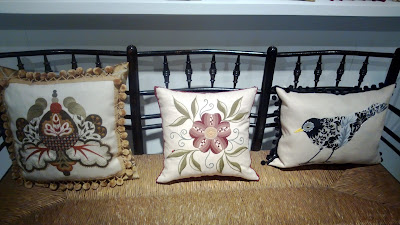 Nicola will be working on an embroidery in situ at the exhibition on a number of days; unfortunately I've forgotten precisely when and didn't write the dates down, but I do know that they are in August! 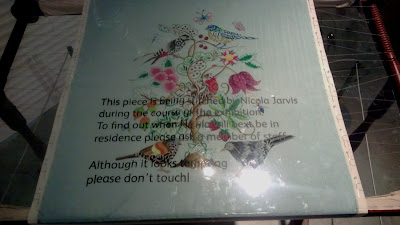 I would urge anyone, craftsperson or otherwise, to visit this breathtaking exhibition. It is nothing if not impressive, and irrefutably proves that embroidery is not "just an idle past-time", but a true art.

Posted by Kate Elisabeth Rolison at 11:32