Give It A Whirl Potion

It may surprise some people who know me well, but I would primarily consider myself an optimist. An optimist who more often than not takes bad news very badly, but a hopeful person who tends to bounce back in the end nonetheless.

Lately I have been coming to the conclusion that I need to take the matter of my future into my hands; really give it some welly to make good things happen. Prestigious residency? Apply for it! A gallery starts favouriting your tweets? Get in touch about an exhibition! 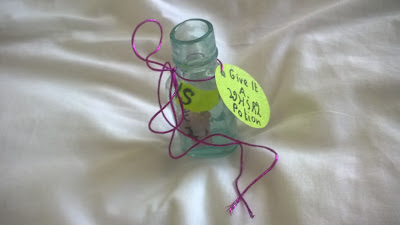 I will be knocked back, but I have been before, and I have bounced back in the end. So, this week's #secretsofselfpreservation potion reads "But you must try, try and try, try and try"; a reminder that good things won't just fall into my lap; I have to work for them. 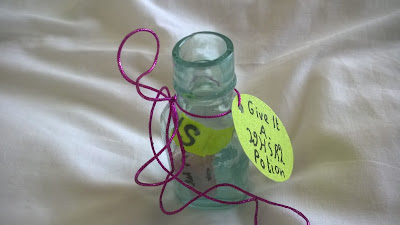 These are also lyrics pinched from Jimmy Cliff's song You Can Get It If You Really Want, a little cheery tune about persevering and succeeding "at last". 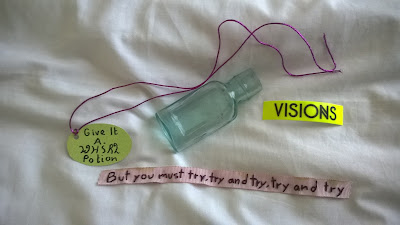 Back in April I spent an enjoyable day at Steakhouse live art festival. Amongst many hilarious and poignant works, the culminating performance by Marcia Farquhar really stood out. Marcia gave us her autobiography, illustrated (or soundtracked) with records. She finished up playing You Can Get It If You Really Want and The Rolling Stones's You Can't Always Get What You Want back to back, and those two contradictory songs seemed to sum up something of what it means to be human. Life never turns out how you think it will, but that's no reason to give up on it. Since the performance, I often find the songs playing in my head. 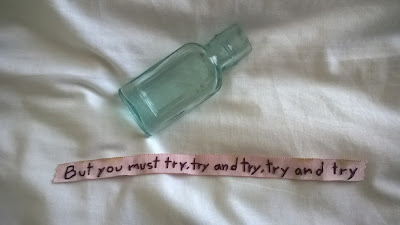 Yesterday, too, was a very musical day; I was at Visions Festival with my boyfriend, and we sang along to Jens Lekman and twirled to Camera Obscura. Thus, it seems apt that the name of this potion is Give It A Whirl Potion (though Pip lamented that he did not, in fact, whirl me around enough last night). I have included my wristband from the festival in the potion bottle as a memento of a week of letting my hair down (if indeed I had enough hair to let down!); fine dining and cocktails in the sunshine aplenty! I guess I'm gearing up for mine and Pip's holiday in Glasgow at the end of the week. 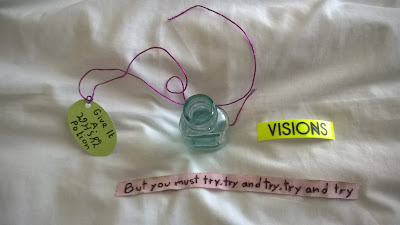 
Posted by Kate Elisabeth Rolison at 10:18