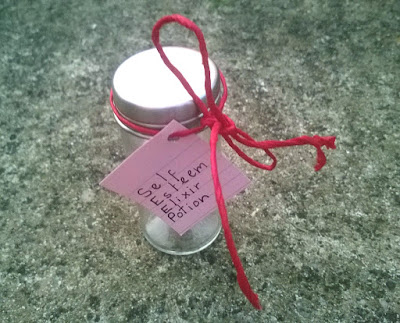 I have never had an over-abundance of self esteem. It's not anyone's fault, except perhaps my own, but I would say that, wouldn't I? In any case, it is something I am constantly working on. I find self help literature and buzz words nauseatingly patronising, so I try to steer clear of that. That's why last week's #secretsofselfpreservation potion reads "Begrudgingly love yourself"; it's not an easy task, and putting myself down comes much more naturally, so I do it with a certain amount of diffidence/resentment. 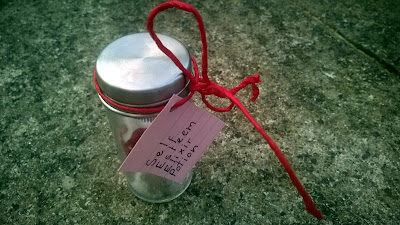 The words are accompanied by a clothes peg from a performance that was described by The Journal as "A raw and awkward, yet cathartic exploration of what it means to achieve success as a woman… groundbreaking originality and captivating humour ... an outstanding piece of performance art". I would tend to agree with them, though I am slightly prejudiced, as The Main Yvette is the brain child of the performance company Good Punch, one half of whom is my dear friend Rohanne.

Clothes pegs had a starring role in The Main Yvette (which previewed at Rich Mix last night); they were one of many ways of judging the women competing to be "Yvette". The piece merits a full review which I will try to post here whilst it is fresh in my mind, if it's alright with Rohanne before she takes it to the Fringe. Suffice to say, it produced copious joussance laughter, and referenced everything from psychosomatic tics/Freudian female hysteria to Activia: for happy tummies and a happier you™. And I liked it very much. 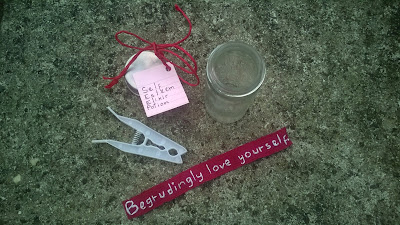 I have named the potion "Self Esteem Elixir Potion", both in gently mocking reference to such aspirational adverts and in the hope that some more self esteem will come my way soon. 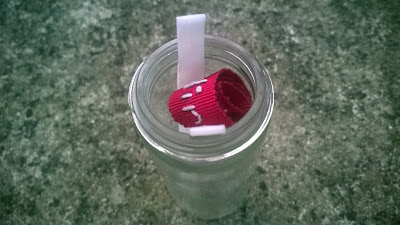 Posted by Kate Elisabeth Rolison at 13:48