When the Royal Academy was established in 1769, it emphatically stated that "no needlework, artificial flowers, cut paper, shell work, or any such baubles should be admitted". Baubles were all very well for the drawing room; just don’t bring them into the gallery.

One might well assume that this measure was intended to bar women from exhibiting; this a mere twenty three years before A Vindication of the Rights of Woman was published. Art by women has long been devalued and placed firmly in the camp of craft, differentiating it from "masculine" high art; as art historian Roszika Parker noted "historians devalued it ("women's work") in the eyes of society which equated great art with masculinity, the public sphere and professional practice”. Professional practice, of course, was historically barred to the vast majority of women, and even today, the exposés of Guerrilla Girls indicate the extent of the glass ceiling which still exists in the art world. Work by female artists is often couched as female first, and art second, or simply and derisively as "decorative". 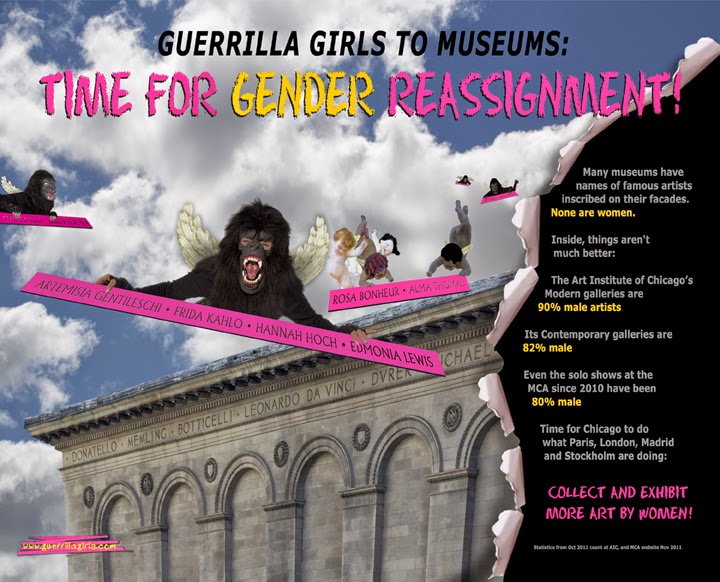 But it is not only women that the Royal Academy's proclamation barred; rejection of these "baubles" is in part a question of class. Many male and female artists could only dream of the Royal Academy, with its members wealthy enough to "drop out" in order to turn to a life of painting. Working class artists instead turned to whatever they had to hand for their materials; bone, scraps of fabric, letters and newspapers, pins and beads. Art made from the collections of the rag and bone man. 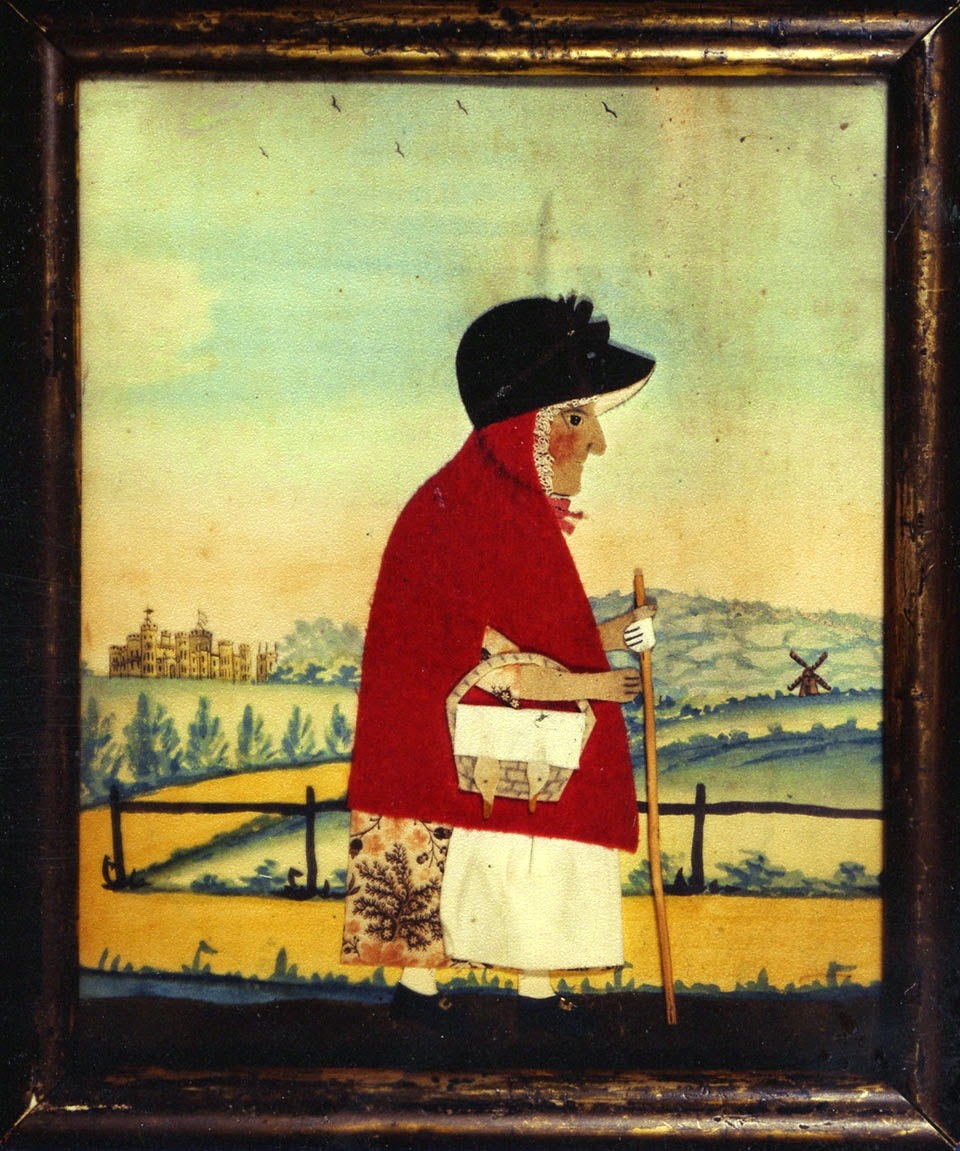 It is this patchwork art, made from scraps, from snippets of this and that, that we see at British Folk Art at Tate Britain. Literal patchworks are paper pieced with scraps of letters and newspapers. In a time when paper was scarce and expensive, this was the most economical means of hand quilting, even if sacrificing cherished letters was heart-wrenching. Throughout the exhibition we see thrift as evidence of survival and adaptation to trying circumstances, rather than it is often employed today, as guilty afterthought or proof of green credentials. This is make do and mend before the term came into use. The centrepiece is a cockerel painstakingly hand-carved from mutton bone by French POWs during the Napoleonic Wars. The intricacy of this sculpture repudiates the rulings of the Royal Academy almost half a century earlier. It is an astonishing work not simply for the delicacy of the carving, but for the sheer quantity of bones the POWs siphoned off; for the coral wattle and comb which presumably is dyed bone; for the hours it doubtless took to whittle and carve down the bone into individual feathers. The cockerel demonstrates the tenacity of the human spirit; the irrepressibility of imagination. 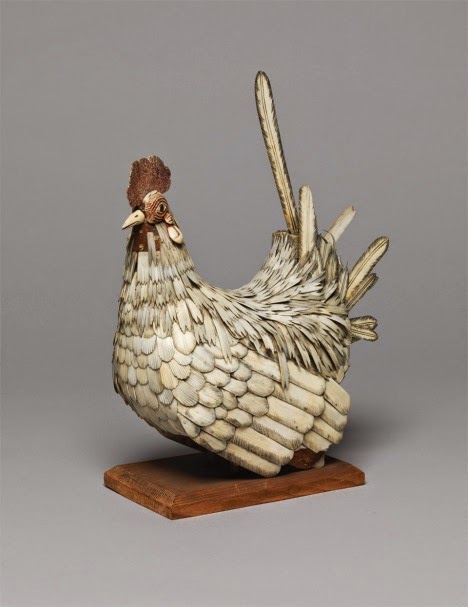 Time and again walking through the exhibition, the audience encounters art made during hardship. Folk artists have created when incarcerated; when recuperating from illness; when pining for loved ones across the seas.

Whereas needlework and textile craft was thought to be the preserve of middle and upper class ladies in recent centuries (and we do see examples of samplers in this vein), here we see men turning to the medium also, often when convalescing. 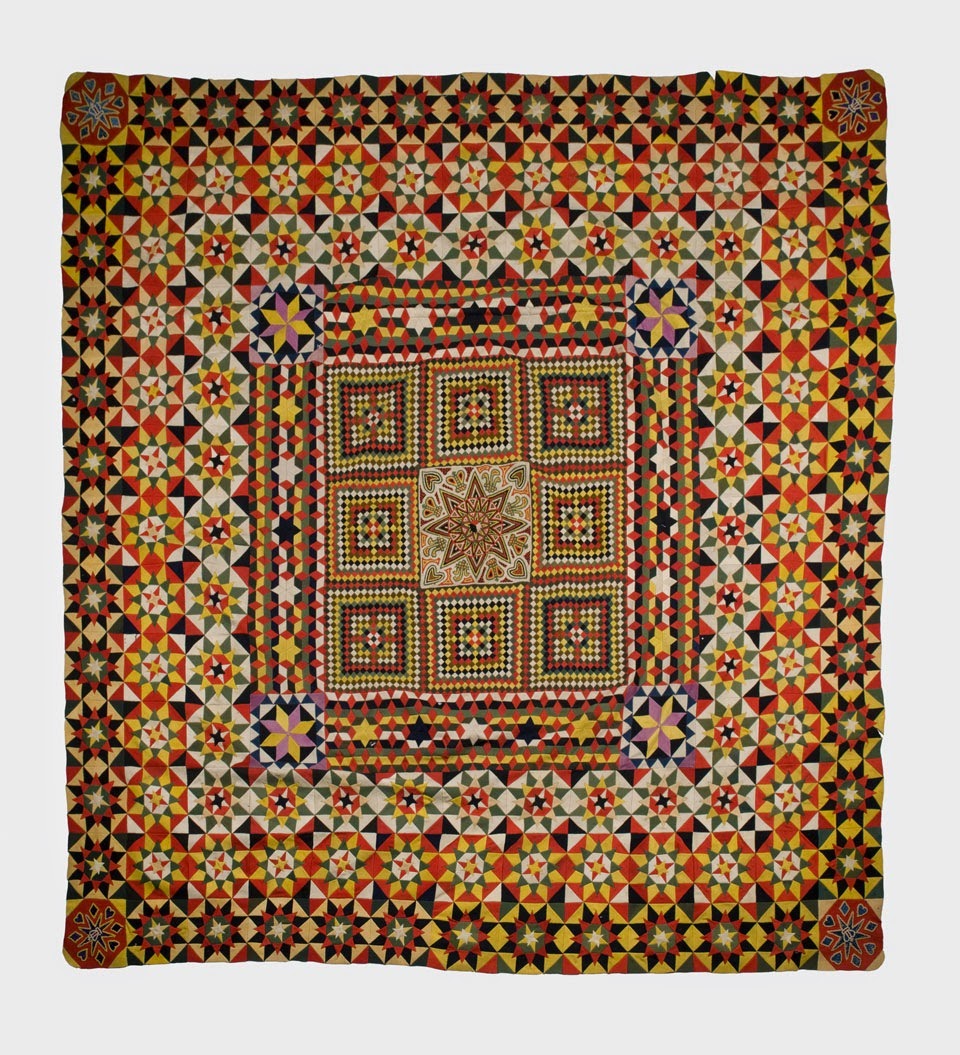 Injured sailors and fishermen created woolwork keepsake representations of their ships. Recuperating soldiers in the 19th and early 20th centuries were encouraged to create bright patchworks from their old uniforms. Some might think this emasculating; however, when one takes into account just how heavy duty the serge and twill fabric is, any feminine associations of needlework evaporate.

An even more macho application of needlecraft is evident in a
frankly terrifying Jolly Roger which flew atop HMS Trenchant in the Second World War. In a gross understatement, the exhibition notes inform us that Jolly Rogers like this one featured "symbols referring to the vessel's various engagements". The "various engagements" are the sinking and capturing of German ships. Appliqué, as employed here, and other textile crafts, have become the site of subversion over the course of the twentieth and beginning of the twenty first century; we see an early subversive, piratical use here. This is textiles divorced from the drawing room and any shred of domesticity; made entirely masculine. 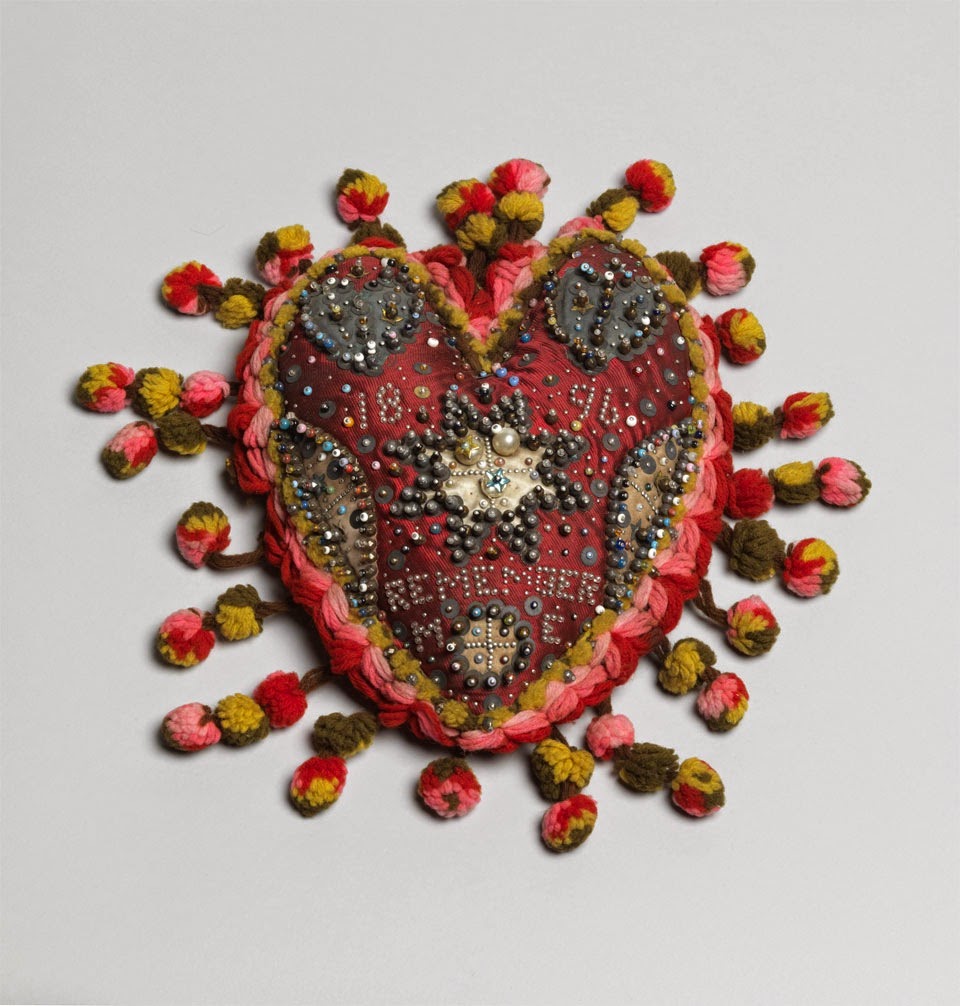 Alongside the woolwork depictions of ships and “sailors’ valentines” are works of art of a more traditional nature; almost good enough for the Royal Academy.  Appropriately given the flavour of the exhibition, these paintings are by a rag and bone man; Alfred Wallis of St Ives. His naive paintings recall his youth at sea. Unlike the artists who neighbour his paintings, Wallis had some art world success with his work, mostly due to his friendships with the St Ives artists’ colony.

Another folk artist who had success during her lifetime was Mary Linwood, an embroidery copyist of Old Masters. She was not accepted into the patriarchal art establishment, doubtless because her naturalistic, immense silk shadings posed too much of a “bauble”, but nevertheless enjoyed considerable success. However, she fell from grace with the advent of “art needlework”, when, ironically, embroidery artists and designers aped a folk art, pre-industrial style. 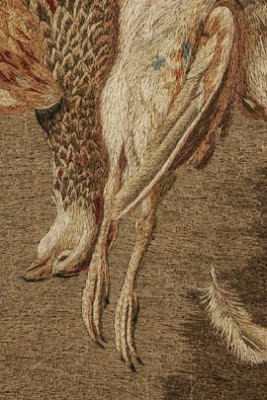 As with all that is fashionable, art is cyclical; the Royal Academy may once have been up in arms about the daintily hand crafted, but contemporary artists such as Tracey Emin and Grayson Perry have made careers from borrowing from craft. Turner Prize winner Jeremy Deller celebrates folk art in his work, and creates new folk heroes. Doubtless the time will come again when folk art falls out of favour. This would make it all the more vital to celebrate it for what it is; art by the people, for the people.
Posted by Kate Elisabeth Rolison at 10:39