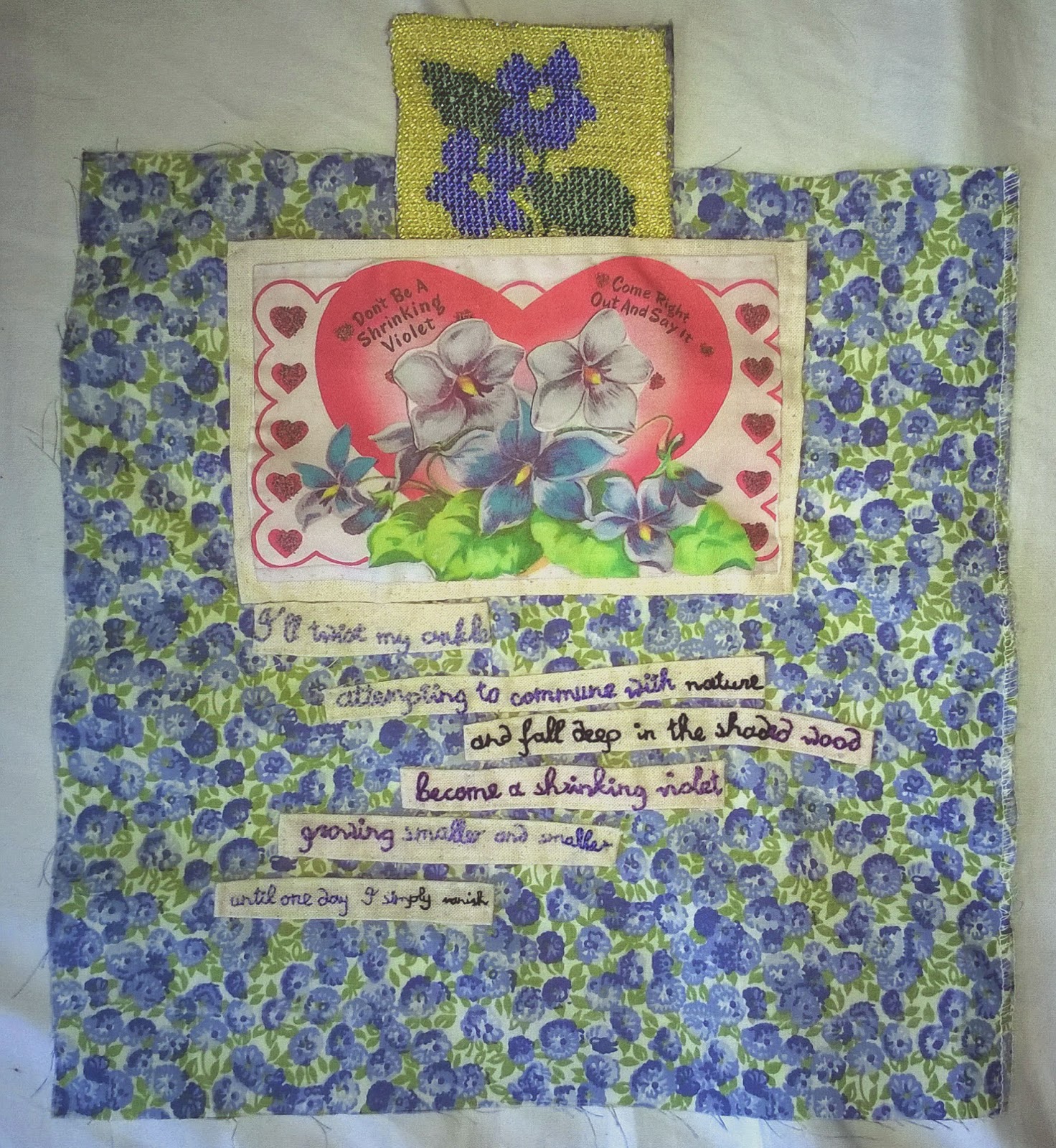 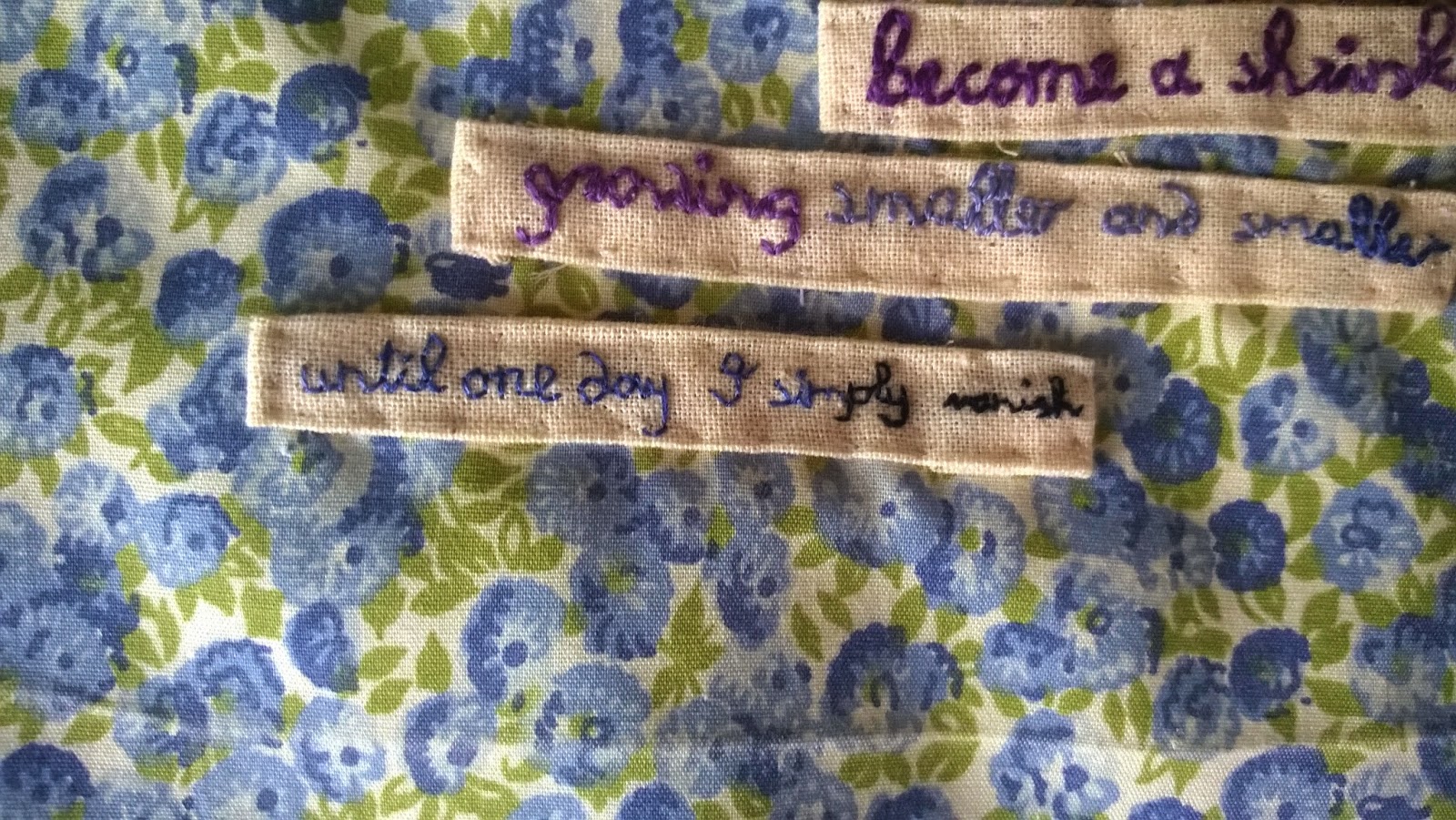 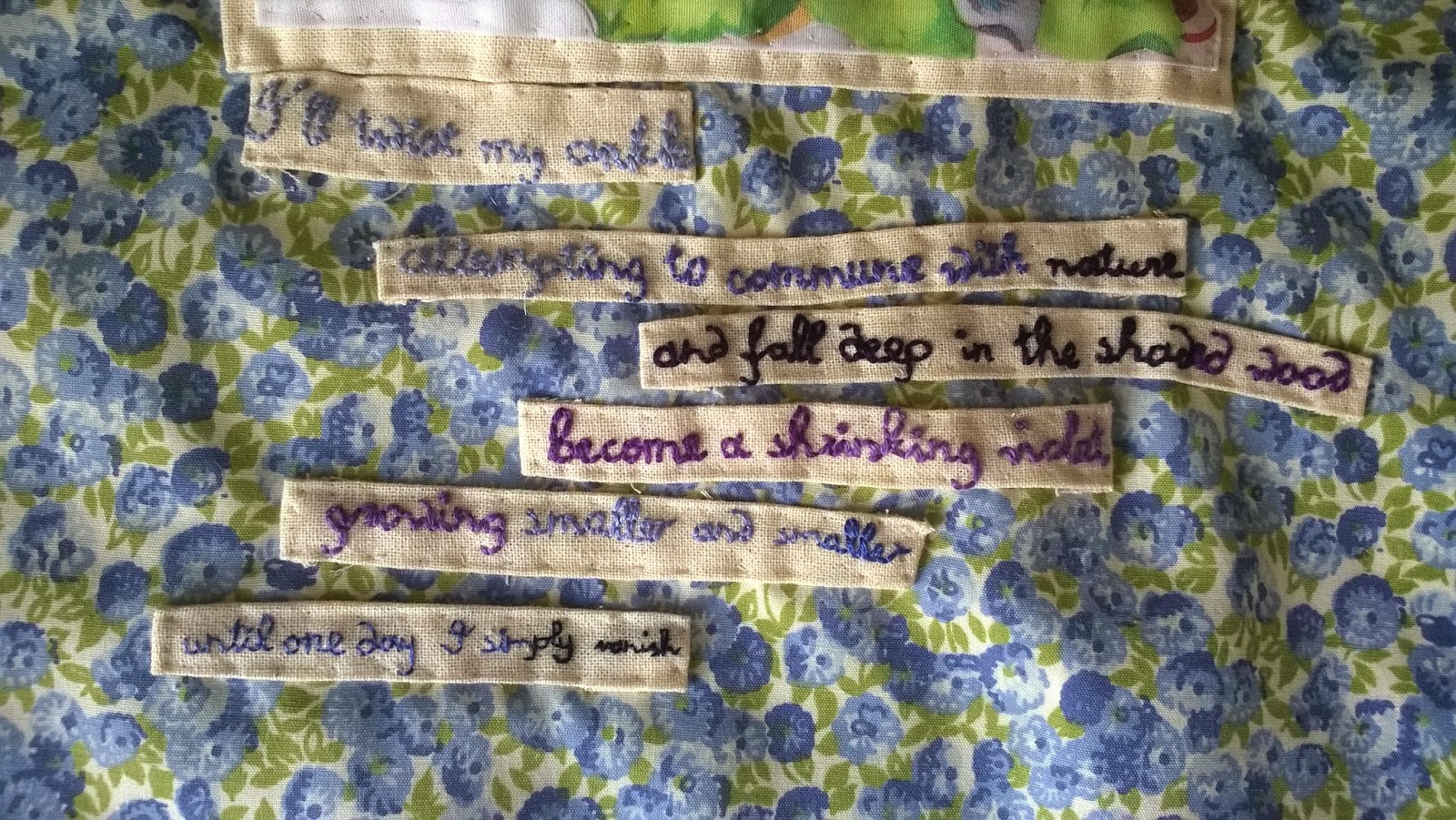 This second page of Milk Thistle deals with the preoccupation with weak and feeble females in 18th and 19th Century literature, and with the tendency of women to be self-effacing and apologetic for taking up space in a patriarchal society.

"I'll twist my ankle attempting to commune with nature and fall deep in the shaded wood, become a shrinking violet, growing smaller and smaller until one day I simply vanish".

The words themselves grow smaller and smaller almost to the point of vanishing. The page's pocket is a Valentine's card from the 50s which proclaims "Don't Be A Shrinking Violet" "Come right out and say it", throwing up the hypocrisy of a world which tells women to keep their mouths shut and then characterises them as weak. Inside is the Victorian beadwork depicting a pair of violets which I stitched way back in April.

This is stitched on to a background fabric of a typical mid-century ditzy print quilting cotton in shades of violet. 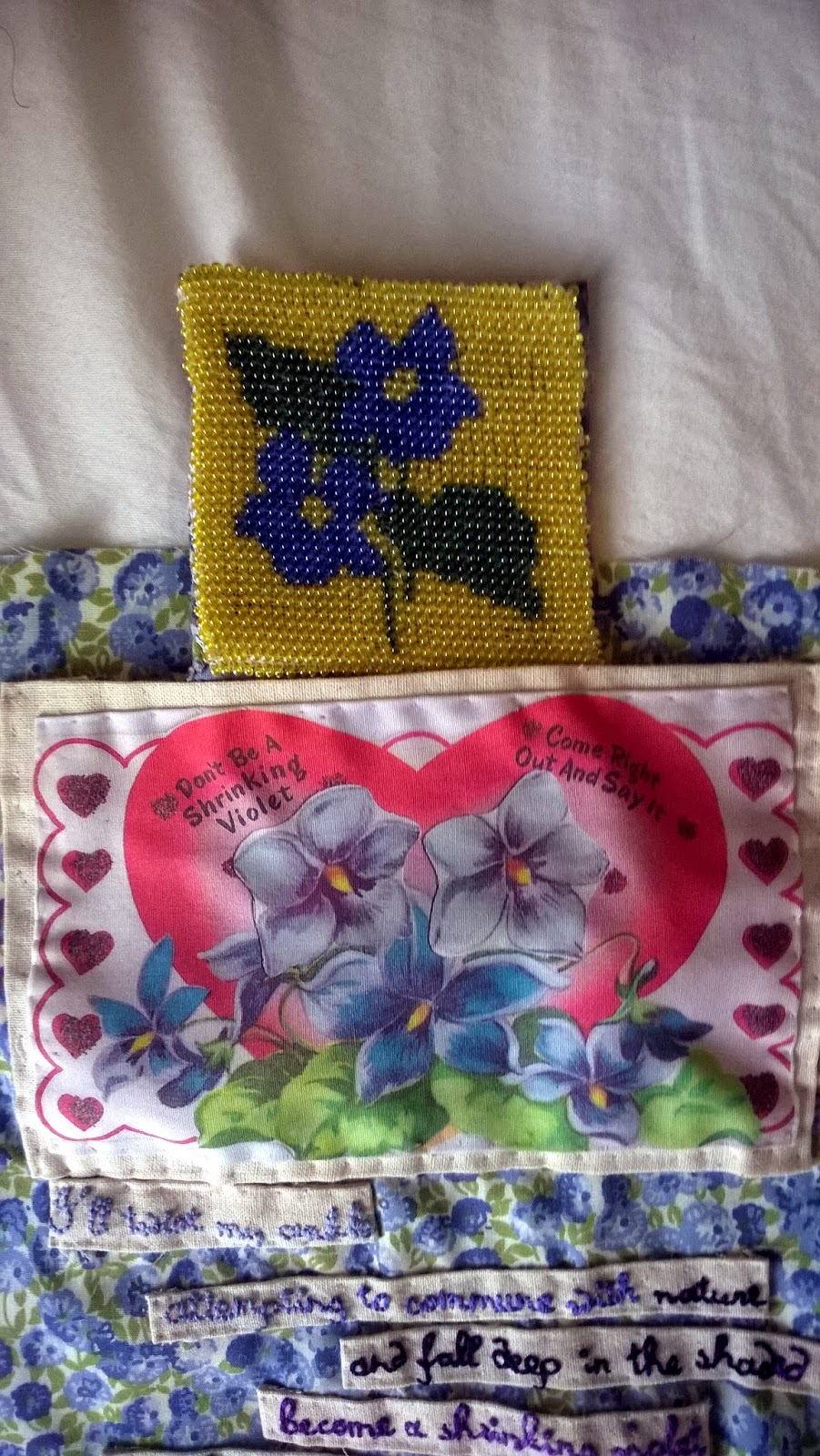 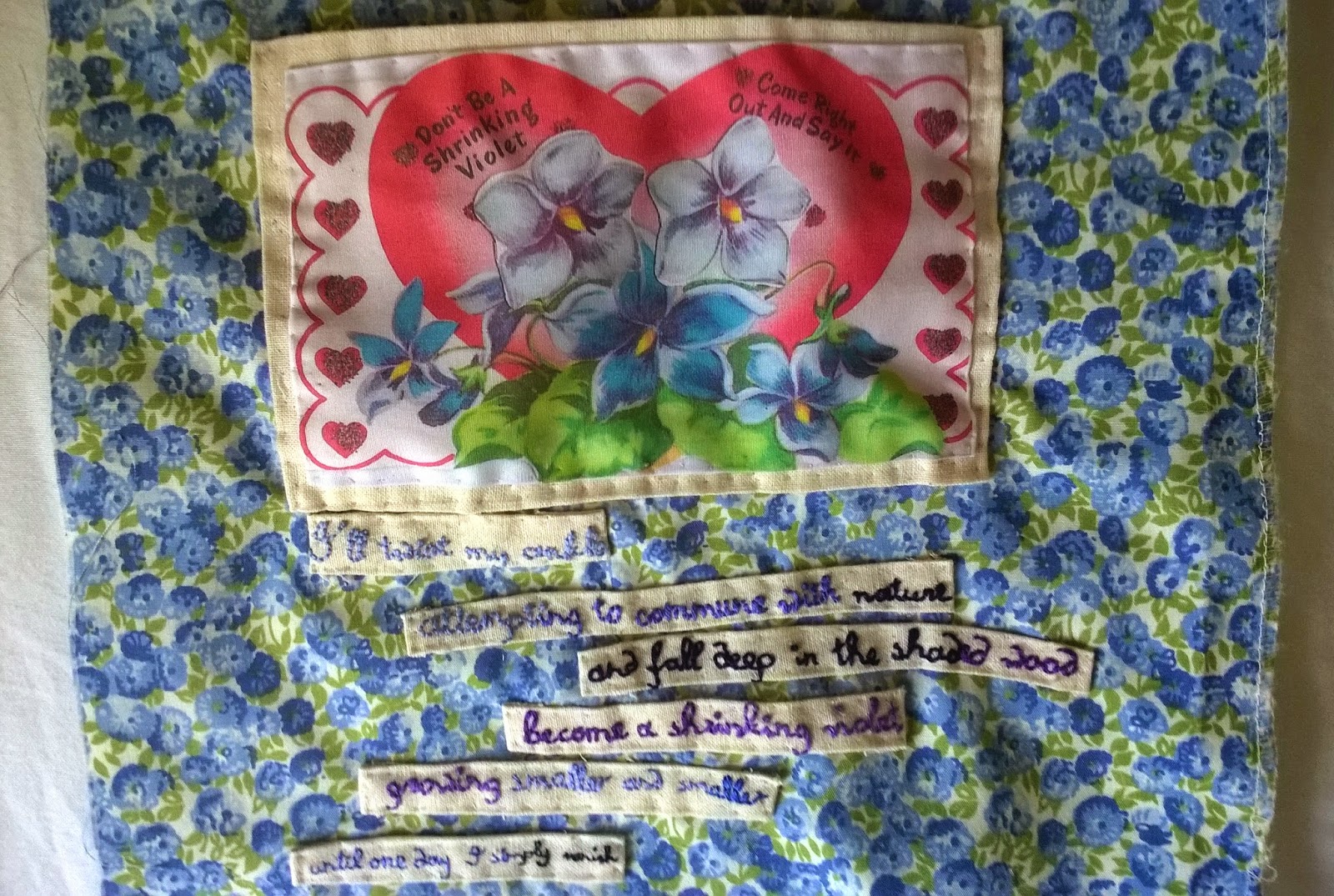 The next page will deal with Romantic preoccupations with sickliness.

Posted by Kate Elisabeth Rolison at 09:53