On Saturday I made a trip to Margate to find out about a residency I'm applying for at Cliftonville's Resort Studios.

Whilst in the area I visited the famous Cliftonville Shell Grotto. I was dying to visit because the idea of the Grotto put me in mind of a story from one of my favourite books, St Lucy's Home For Girls Raised By Wolves, by Karen Russell, in which a couple of teenagers get trapped inside a giant shell.

The Grotto was discovered in 1835, taking the people of Margate by some surprise; there are no surviving records of the Grotto before this point. It's a cavernous subterranean series of tunnels, carved out and covered in, presumably, hundreds of thousands + shells; cockles, whelks, mussels, and even a preserved sea urchin acting as the centre piece in one of the designs.

The patterns put me in mind of many different styles of art, from Hindu and Buddhist mandalas, to Islamic tiles, to the garments worn by Pearly Kings and Queens. Amid all the speculation on its purpose, from cult meeting place to pagan temple (there is a plinth which has a distinctly spiritual feel), my best guess is that it is the handiwork of either a single eccentric amateur, or a group of amateur artists who simply wanted to create something beautiful using their local materials. It's mindboggling to think of the number of shells which were collected to create this astonishing and unique work of art; one has to wonder how they were transported to the site, and whether this was in secret, or whether the Grotto simply vanished into obscurity in the years up to 1835.

It's a shame the shells have been darkened by gas light over the years; in their original state they would have been a wide variety of colours and truly breathtaking. As it stands the Grotto seems very appropriate for Margate; a little run down, and old-fashioned, but with a charm all its own nonetheless. 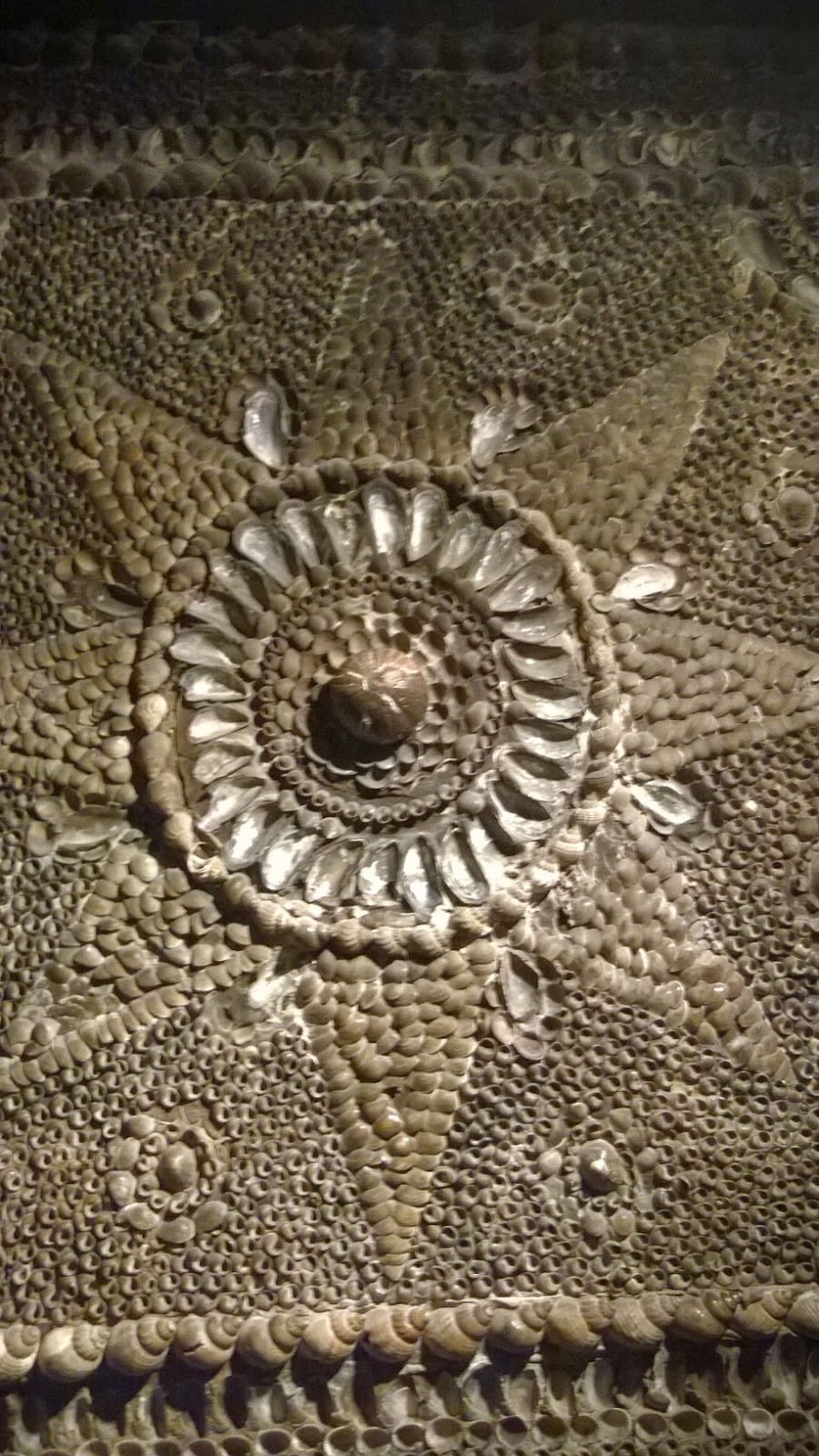 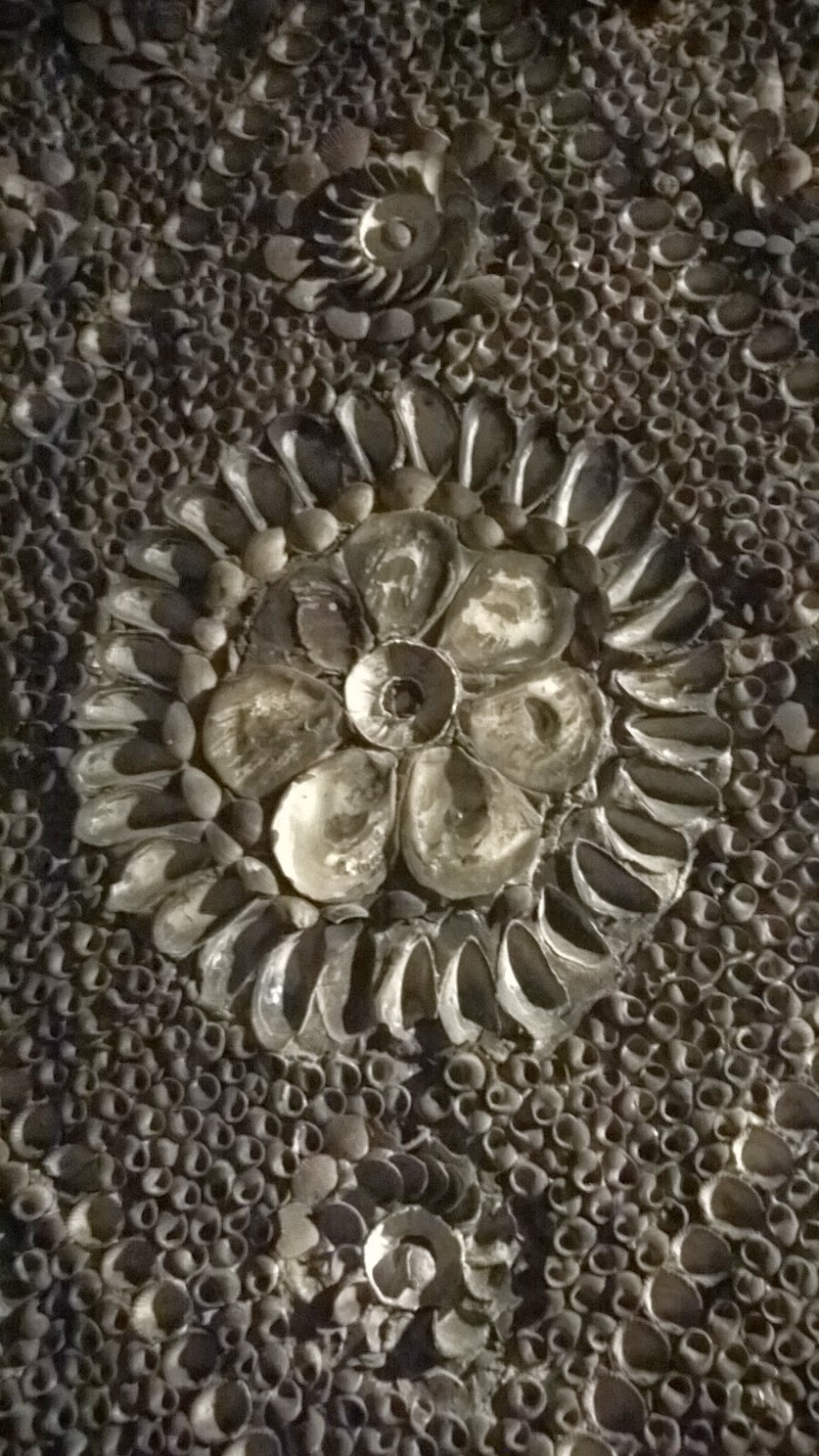 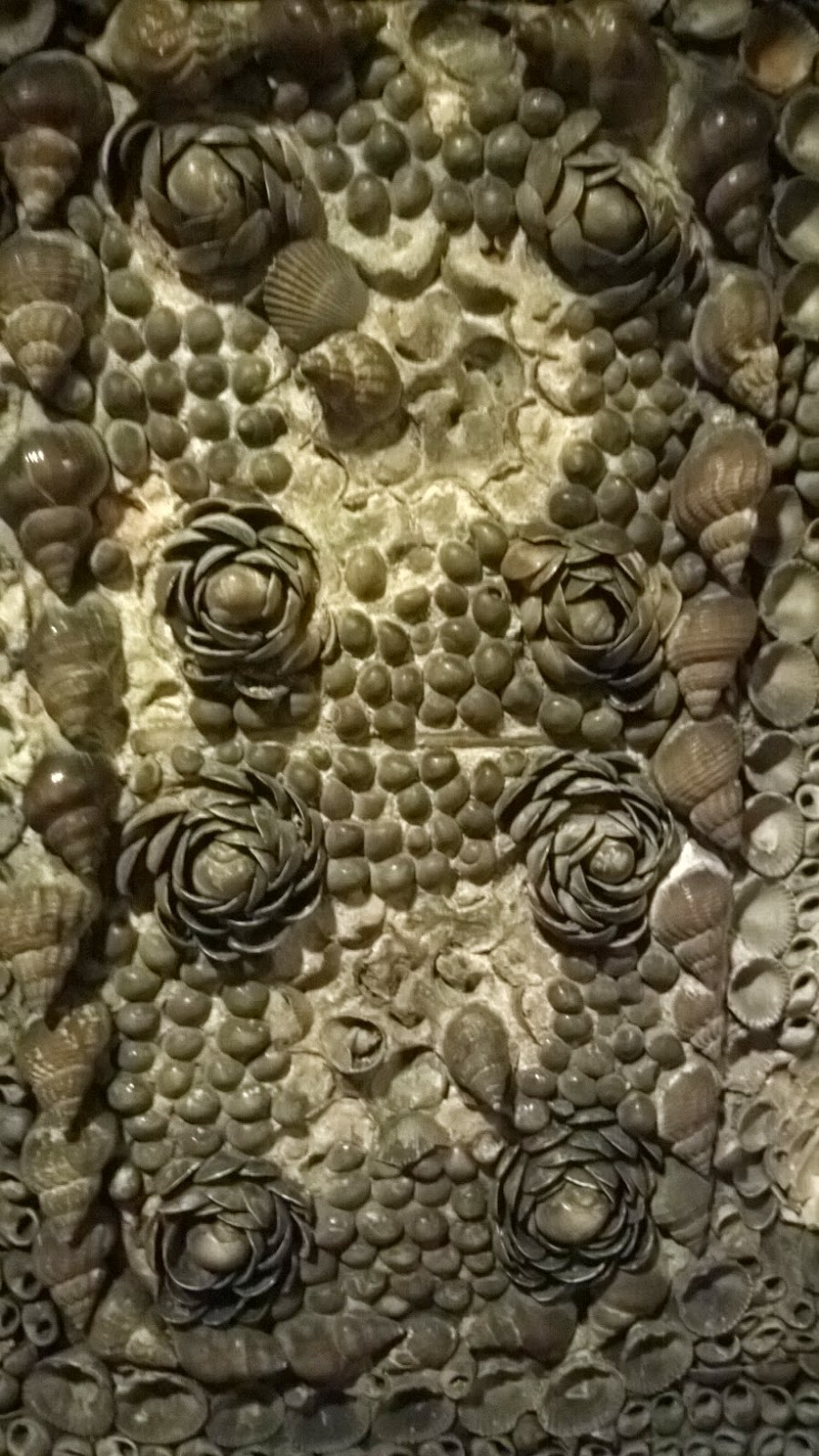 Margate is currently experiencing a surge of regeneration, and in spite of the fact that this is obviously a work in progress, everyone I spoke to there was friendly and genuinely helpful; very refreshing to someone who's lived in London all her life! It's a truly multi-cultural, and sub-cultural place, with fleets of mods, skinheads, and reggae fans flocking to Margate for their respective weekenders.

Resort Studios is an artist-run space done right; spacious and truly collaborative, with an impressive print studio and wonderful light. If I get the chance to spend some time there, I will be working with the local community to send "messages from Margate", and creating my own responses to the area of Cliftonville in particular. I've got my fingers double crossed I get it; it would be a dream, and I'd be working with a community again, which I've missed during my time at the Royal School.

Whether or not I get some good news, I'm sure I'll be returning to Margate soon.

Posted by Kate Elisabeth Rolison at 14:22