Love Exists is an online project envisaged by the artist Scarlett Barry, conducted through the social networking site LiveJournal, beginning in July of 2005. Barry encourages members of the Love Exists LiveJournal community to write the phrase "on walls. Carve it in trees. Paint it on our bodies and scream it out loud."

I really like the idea of spreading a simple message of love and hope globally. 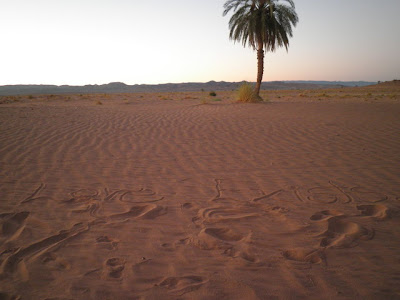 ﻿
For example, the above photograph was taken by LiveJournal user darkestblue22 in the Sahara Desert.
Love Exists bears a close resemblance to You Are Beautiful,a street art project operating out of Chicago, which attempts to spread this simple, positive message globally "by any means necessary except through commercial use".
Here's what the project's creators have to say about it:
"You are Beautiful is a simple, powerful statement which is incorporated into the over absorption of mass media and lifestyles that are wrapped up in consumer culture.
The intention behind this project is to reach beyond ourselves as individuals to make a difference by creating moments of positive self realization. We're just attempting to make the world a little better."
You Are Beautiful has truly become a global project, as evidenced by the photographs below; the first was taken in Bailey's Head, Antarctica, and the second in Cape Town, South Africa. 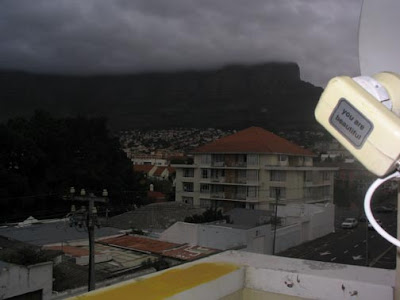 I decided to contribute to the Love Exists project through the most global of networks; the internet. 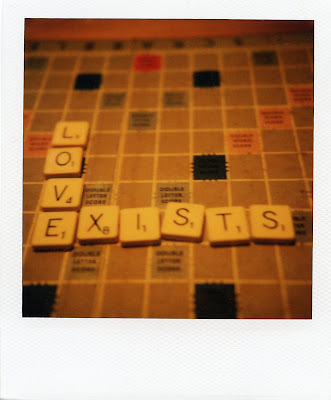 ﻿I took this Polaroid several years ago when I first became aware of the Love Exists project; in fact, when I still had a LiveJournal account. I shared the photograph on LiveJournal through the group the-polaroids, and of course the Love Exists group. I have since uploaded it to Flickr, to share the message with a wider audience.
The message fits seamlessly into the Cure for Love project, and thus I decided to render it in stitch. I chose cross stitch for a bit of variation from all the straight embroidery I've been doing lately, and also because cross stitch gives such a regular and crisp appearance to text, and so works perfectly with the scrabble tiles. The design is based loosely on the Polaroid. I really like the simplicity of the piece. I've also shared it on Flickr and submitted it to the Love Exists Flickr group.

Posted by Kate Elisabeth Rolison at 07:05